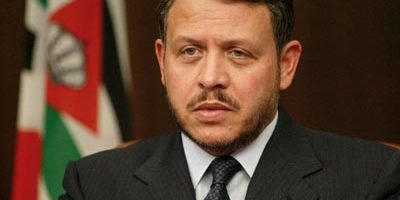 By Caroline B. Glick, JPost—

Should Jordan’s King Abdullah have veto power over Israel’s plan to apply its sovereign laws to its cities, towns and villages in Judea and Samaria and to the Jordan Valley, in accordance with the Trump peace plan? Monday morning, senior leaders of the Blue and White party began making noises to that effect.

In an interview with Germany’s Der Spiegel last Friday, King Abdullah threatened, “If Israel really annexes the West Bank in July, it would lead to a massive conflict with the Hashemite Kingdom of Jordan.”

News updates Monday morning reported that “senior officials” from Blue and White were working to condition Israel’s implementation of the sovereignty plan on securing prior approval from Jordan.

Later Monday morning, during the ceremony at the Foreign Ministry marking the arrival of incoming Foreign Minister Gabi Ashkenazy, Ashkenazy said that Israel will implement the Trump peace plan “in dialogue with our neighbors, preserving of the peace treaties and the State of Israel’s strategic interests.”

Taken together with the morning news updates, Ashkenazy’s remarks raised the prospect that he and his partner, Defense Minister and alternative prime minister Benny Gantz see Abdullah’s threat as a justification for abandoning their support for the sovereignty plan. It bears recalling that during the negotiations leading up to the formation of the unity government between Prime Minister Benjamin Netanyahu and Likud and Gantz and Blue and White, Netanyahu made Blue and White’s support for the sovereignty plan his only substantive condition for signing the deal.

Abdullah, of course, will never approve the sovereignty plan. So giving him a veto means shelving the plan. This raises the question of whether there is any reason to give the head of the Hashemite clan that sort of power? Can he cause Israel harm so grave that it should abandon the sovereignty plan to appease him?

The Der Spiegel reporters asked Abdullah if he would suspend Jordan’s peace treaty with Israel in retaliation for an Israeli decision to apply its sovereignty to the areas.

He responded, “I don’t want to make threats and create a loggerheads atmosphere, but we are considering all options.”

In plain English, that means that he is absolutely not considering suspending the peace deal. He’s bloviating. And he has good reason to both keep the peace deal and to bloviate. Continue Reading….