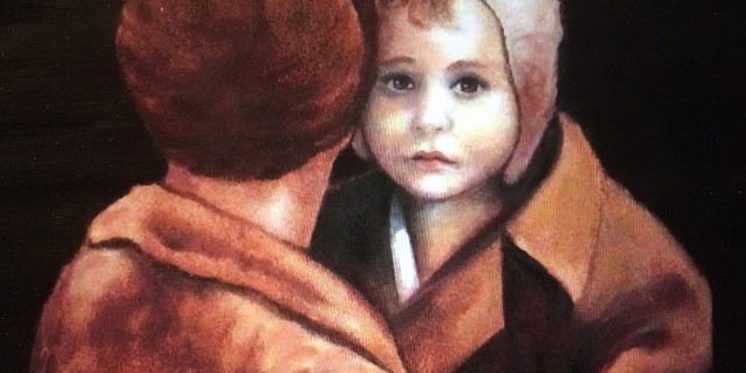 It was a sunny March day in Washington D.C., busy, promising and energetic. My husband Michael and I were at the office of the legendary organisation in the down-town. NCSEJ, National Council for Soviet Jewry has earned its name by standing for the Soviet refuseniks during the decades, doing it publicly, bravely and efficiently. Their role in the change of the Soviet policy towards ‘the Prisoners of Zion’ was irreplaceable. We loved those people a priori. Now the organisation is known as National Coalition for Supporting Eurasian Jewry, and Lesley is its Deputy Director.

During our discussion, the conversation turned to something else.

“ Inna, I understood that you are involved into Pat Mercer’s work, aren’t you?” – Lesley Weiss, the NCSEJ Senior Vice-President, and the Chair of the US Federal Commission for the Preservation of America’s Heritage Abroad at the time, asked suggestively. – “Yes, I am, very much so” , – I responded being glad that our joint effort with regard to Pat’s very special project had been noticed.

At the time, in Spring 2013, I was busy with it day and night, for quite a while by then. I did curate the recent exhibition of those particular works, the first of its sort, still unique to the day, in Ukraine, and a year before that, I was involved in bringing that collection to Poland, and not just Poland, but to Oswiecim. You know the place.

Because of those two big projects, I was immersed into the Pat’s collection, as any curator – and friend – would be: I was studying it, writing about it, lecturing about it. I was thinking about it day and night – because on the works in question, one either does it this way, or does not get involved.

The Album is at Yad Vashem since 1980. Today, the story of the album is quite well-known, but it was not always like that.

People who belonged to the circle of Holocaust studies and art professionally, and those who were active in the work on assuring the memory of the Shoah were fully aware with this unique document.Wide public was not necessarily so. Every time and in every country where I was telling about Pat’s project called Re-Visiting the Auschwitz Album yet several years back, I needed to tell the story of this chilling evidence of the Shoah, would it be Ukraine, London, or New York . It has become a routine for me in the 2010s. 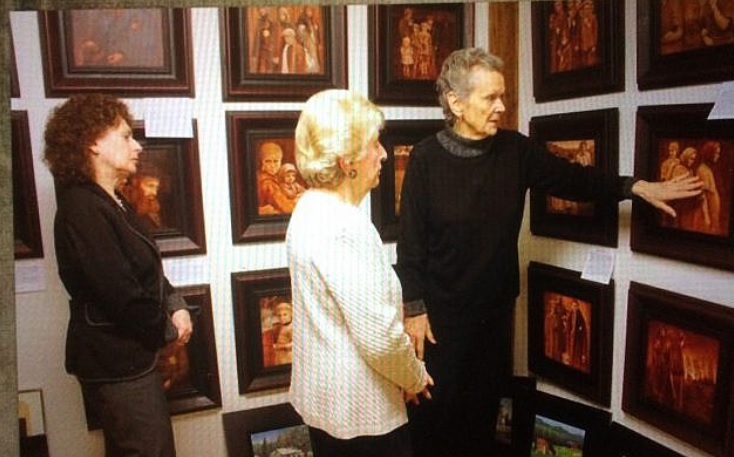 So, moving on a known to me path while talking with Lesley in her office on Pat’s collection, I started as usual: “Do you know what the Auschwitz Album is?” – “I do”, – Lesley replied in her , but clearly knowing way. Michael and I were nicely surprised. “Well, then…-” I was about to switch on Pat’s ideas and her work with regard to her ongoing project when Lesley’s voice said something that made us speechless: “ I do indeed, – she said quietly. – My Mother is ( pictured) there”. I felt goose-bumps all over myself. – “And she is alive”, – concluded Lesley while Michael and I were sitting in her small office dumbfounded. The coffee has become hopelessly cold.

“ What? How? Can you tell us more, please?” – we were addressing Lesley in unison.

“ Yes, of course I will. But we would need a time for that ( we spent a day with Lesley eventually while I wrote down her mother Irene Fogel’s story). But now, I have a request to you, please”.

“ Of course, absolutely, anything” – we were continuing in that choir-for- two motto.

Lesley wanted Pat to paint one of the photos from that haunting Auschwitz Album. She wanted the painting for her mom, survivor Irene Fogel-Weiss. She wanted it because on that particular photo, Irene’s mother and two of her brothers were pictured, just moments, literally, before being gassed upon their arrival to Auschwitz. Apart of that picture from horrible collection of photographs taken by Nazi officer ( for still unknown to us reason), Irene who lived – and still does, Boruch H-shem- long and distinguished life, had nothing portraying her beloved mother and two small brothers she lost on that awful morning on the day when they were brought to Auschwitz from Hungary in 1944.

Lesley sent me the picture in question momentarily. That image has integrated into my mind for good from that very moment.

As it happened, Lesley’s Mom Irene Fogel-Weiss was well-known person due to her tireless commitment to keep awareness of the Shoah. She is one of the most active survivor volunteer at the US Holocaust Memorial Museum in Washington D.C. What is more, she is the Girl with a White Scarf on a giant photo at the Museum’s wall. Continue Reading….