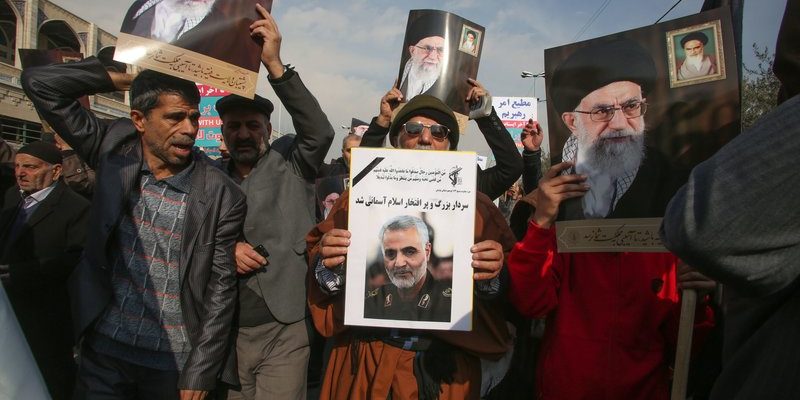 The assassination of Qassem Soleimani is a rare event that alters reality and renders everything that happened before it irrelevant. What’s required now is almost a complete reassessment of all previously held assumptions and conventions.

It was, by a wide margin, the most significant assassination ever carried out in the Middle East. It is far more important than the assassinations of Osama bin Laden or Abu Bakr al-Baghdadi. Bin Laden was perhaps more famous that Soleimani, but eliminating him was mostly a matter of revenge. When he was killed he was the head of an organization in decline, whose past was far greater than its present and future. Baghdadi, too, was mostly a symbol of an organization whose future was already behind it.

Soleimani, on the other hand, was a superstar. That’s how he felt, and it’s how he behaved. Very few people have had such a dramatic influence over the region in which they live. Far fewer have done so from a position other than head of state. Soleimani was one of these: His fingerprints were strongly felt wherever he went.

Soleimani was exceedingly talented, very charismatic, goal-oriented and blindly loyal. He performed his duties – exporting the Islamic revolution beyond Iran’s borders – with great success, far surpassing the wildest dreams of his masters. He was a combination of military strategist extraordinaire and seasoned politician, who was able to exploit the turbulence in the region (primarily the Arab Spring) to establish robust power and influence.

Alongside his clout inside Iran – the direct result of his close personal relationship with Ayatollah Ali Khamenei, who viewed him as a son – Soleimani became one of the most important figures in the region. He was far more important than most heads of state, welcomed by some but feared by most. He helped install governments in Yemen, Iraq and Lebanon, saved the regime of Bashar Assad in Syria and profoundly affected all countries and territories – from Yemen and Afghanistan in the east, to Lebanon and Gaza in the West. His influence reverberated far beyond the region, however, with the terrorist infrastructures he established in five continents – ready to be activated on the day of reckoning, which could be imminent.

From the Israeli perspective as well, Soleimani was, by far, public enemy number one. He was the person most responsible for turning Hezbollah into a guerrilla army with more than 100,000 missiles, rockets and elite commando units. He funded Palestinian Islamic Jihad (and to a lesser extent Hamas) in Gaza, and masterminded the plan to establish an Iranian presence in Syria to function as yet another active front against Israel. Continue Reading….