‘Brazil will move its embassy to Jerusalem’ 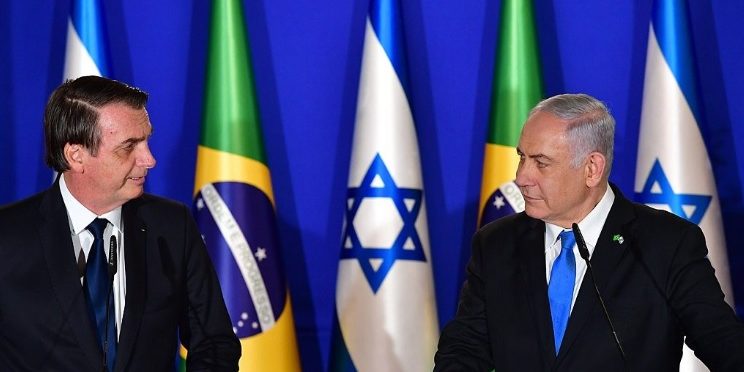 Son of Brazilian President Jair Bolsonaro, Eduardo Bolsonaro, told Prime Minister Benjamin Netanyahu on Sunday that Brazil was committed to moving its embassy in Israel to Jerusalem in 2020.

Bolsonaro Jr. spoke during a meeting inaugurating an office of Brazil’s APEX-Brasil trade organization in Jerusalem.

Bolsonaro Jr. said that he had spoken with his father, the president, prior to arriving in Israel, and that “he intends to move the embassy to Jerusalem and … he will do it.”

During the meeting, Netanyahu spoke with President Bolsonaro by telephone.

A few months ago, reports said that Brazil had decided not to relocate its embassy in Israel due to opposition to the move in the Brazilian government.

Netanyahu said that the opening of the Brazilian trade office in Jerusalem was part of the “strengthening ties between Israel and Brazil.”

Bolsonaro Jr. said, “Mr. Benjamin Netanyahu, we will fight terrorism together. If we want to prevent terrorist attacks, we must demonstrate strength. So sooner or later, we will declare Hezbollah a terrorist organization.” Continue Reading….