French Government Being Sued for Grave Robbing in Jerusalem 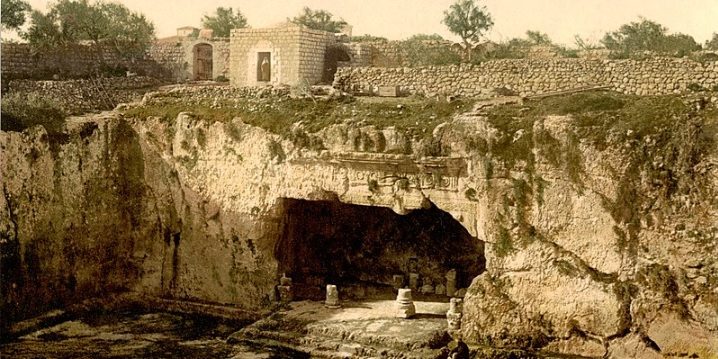 Last Tuesday, for the first time in ten years, the French government opened the Tombs of the Kings, a collection of rock-cut tombs in Jerusalem, to the public. The site is believed to be 2,000 years old and covers several acres. It is believed to be the burial site of several prominent Biblical figures including Queen Helene of Adiabene, Kalba Savua, the father-in-law of Rabbi Akiva, and of Nicodemus ben Guryon, wealthy residents of Jerusalem of the second Temple era. The site is truly remarkable with a courtyard hewn into the solid rock to a depth of nearly 30 feet. Some 20,000 tons of stone were removed to create it. Channels carved into the rock provide water for a mikveh (ritual bath). Three pyramids are said to have once adorned the tomb’s facade above the opening. The tomb has no fewer than 48 graves, but over the years grave robbers plundered the sarcophagi.

French archaeologist Felicien de Saulcy was the first foreigner to receive permission from the Ottoman Empire to excavated and in 1863 he began digging at the site. De Saulcy found sarcophagi in the tomb, one of which had a Hebrew inscription, “Queen Tzaddah,” which was perhaps Queen Helena’s name in Greek. De Saulcy was convinced that this was the sarcophagus of the wife of Zedekiah, the last king of Judah.

His discovery led to protests by the Jewish community who viewed the site as a holy site, a graveyard containing the remains of important figures in Jewish history. The Jewish community appealed to Sir Moses Montefiore to petition the Ottomans who halted the excavations. Several of the sarcophagi were illicitly smuggled out by De Saulcy and are still on display in the Louvre in Paris.

In 1864 French-Jewish banker Isaac Péreire unsuccessfully attempted to purchase the site in order to preserve it. In 1878, Amalya Bertrand, a French Jewish woman related to Péreire, paid 30,000 francs, a huge amount of money, to purchase the site from the Arab owners with the aid of the French Consul. Bertrand was born Jewish and her original family name was Levy. Continue Reading….