‘We assume there are weapons stockpiled on the Temple Mount’ 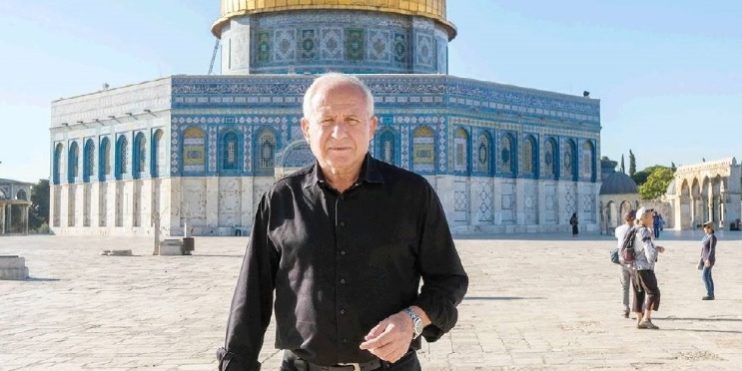 ‘We assume there are weapons stockpiles on the Temple Mount’

“The Palestinians will never drop the matter of the Temple Mount. It’s a tool that they, and parts of the Arab and Muslim world, use to take on Israel,” former Knesset Foreign Affairs and Defense Committee Chairman and former head of the Shin Bet security agency MK Avi Dichter tells Israel Hayom in a special weekend interview.

Dichter was at the helm of the Shin Bet when the Al-Aqsa Intifada broke out after Ariel Sharon visited the Temple Mount. Last week Israel Hayom accompanied him on a visit to the Mount in an attempt to understand if, since Sharon’s visit, anything has changed at what is considered the most volatile site in the world.

“Do you know what the most frustrating thing about the Miss Universe pageant is?” Dichter asks as we set out. “Coming in second.”

This time of year, the Temple Mount is crowded with visitors. An average of 7,000 tourists arrive each day, and another 150 or so Jewish visitors. Visitors begin making their way in early; Jews and tourists via the Mughrabi Bridge, and Arab worshipper use the other eight entrances to the Mount.

In the past, each visitor had to pay a $10 entrance fee. It wasn’t a bad source of revenue, but Israel decided to end that practice in 2000 because it gave the impression that it was the people collecting the money, rather than Israel, who were in charge. Later on, the sale of food and souvenirs on the Mount was also banned.

The Mount is under heavy security. Police and Border Police are on duty at each of the entrances, and they check the people who come to pray. There are no hi-tech security measures in places, and everything is done by hand. Bags are searched, and so are bodies if the need arises. The biggest concern is that someone, Muslim or Jew, will try and bring weapons into the Temple Mount. Continue Reading…