Report: Beirut strike will delay Hezbollah missile program by at least a year 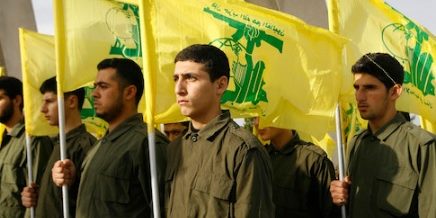 The target of a drone attack on a Hezbollah facility in Beirut early Sunday that has been attributed to Israel was an expensive and rare industrial mixing machine used in the creation of solid fuel, and the raid set back the terror group’s plans to develop long-range precision missiles by at least a year, according to Hebrew media reports late Tuesday.

In the predawn hours of Sunday morning, two copter-style drones flew into the Dahiyeh neighborhood of Beirut. One crashed and was recovered by Hezbollah, while the other exploded while still in the air, causing damage and sparking a fire.

Hezbollah and the Lebanese government have blamed Israel for the drone strike. Israeli officials have refused to comment on the matter, and many analysts have suggested the drones were Iranian, not Israeli.

While Israel has been facing off against Hezbollah and its patron Iran, following the 2006 Second Lebanon War, the Israeli military has largely refrained from carrying out large strikes against the terror group inside Lebanon, instead, according to foreign reports, focusing the fighting in Syria and more recently Iraq.

Though Israel has been accused of conducting limited airstrikes against Hezbollah deep in Lebanon in the 13 years since the war, this week’s drone attack in the heart of Beirut would mark a shift to a more aggressive defense policy for the Jewish state.

According to Lebanese media Tuesday, the country’s military believes that the unmanned aerial vehicles were launched from within eight kilometers of the site of the explosion, indicating that they were either launched within Lebanon or came in from the sea. Continue Reading….