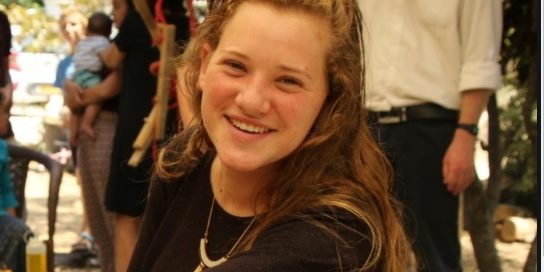 By Chris Enloe, The Blaze—

Controversial Rep. Rashida Tlaib (D-Mich.) suggested Friday that “Israeli occupation” was to blame after Palestinian terrorists murdered a 17-year-old Jewish girl hiking with her family in the West Bank.

The girl, Rina Shnerb, was killed when an improvised explosive devise denoted at a popular tourist site outside the West Bank settlement of Dolev. Shnerb was pronounced dead at the scene, while her father and brother sustained life-threatening injuries and were airlifted out of the area.

According to the military, it remains unclear whether the charge was hidden at the site of the explosion or thrown at the family that was hiking there. The army has ruled out the possibility that the charge was hurled out of a moving vehicle and said it appeared the device was home-made.

Defense sources said that the explosive device that was used was large, forceful and required advanced knowledge and skill to assemble. However, it has yet to be determined if the incident is tied to a major organization.

It wasn’t immediately clear who exactly carried out the brutal attack, but Hamas politburo chief Ismail Haniyeh commended whoever did, calling the actions “heroic,” Haaretz reported.

In response, Tlaib said her “heart goes out to Rina’s family,” then immediately turned to seemingly blame the attack on “Israeli occupation.” Continue Reading….