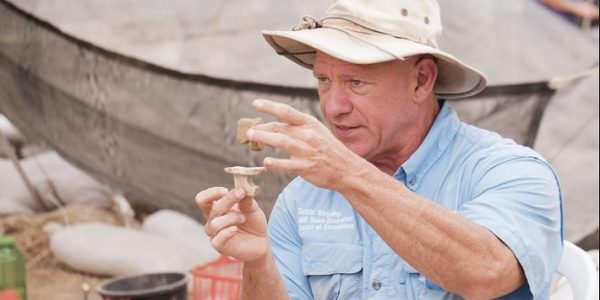 The Israeli Supreme Court ruled in favor of the Bible last week in a case brought by the Palestinian Authority in which they tried to have archaeology in Judea and Samaria declared a crime. Undeterred, the PA turned to UNESCO to intervene while threatening archaeologists around the world with litigation if they participate in digs in Israel. One archaeologist, a Christian who has been sifting the sands of the Holy Land for Decades, stood strong as he was singled out for attack.

Yesh Din and Emek Shaveh, two left-wing Israeli nongovernmental organizations, filed the original petition in a Jerusalem District Court. The petition demanded that the location of the digs, the names of the archaeologists conducting them, and details of any findings be made public. The District Court rejected the petition so the two groups then appealed the decision with the supreme court. Citing the Freedom of Information Act, they demanded the government reveal the locations of any archaeological work being carried out in Judea and Samaria. The petition also called for the government to make public the identities of the archaeologists working there.

The supreme court ruled against making the names of the archaeologists public since it would make them vulnerable to academic boycotts, a tactic used by the Boycott Divestment Sanctions (BDS) movement. Israeli and pro-Israel professors are frequently prevented from publishing their research, giving lectures, participating in academic conferences, or obtaining stipends and research grants. Continue Reading…