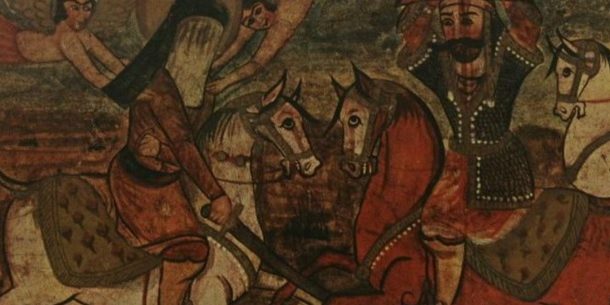 What has caused the deeply alarming upsurge in antisemitism across the West? As many have observed, there are three principal sources: the political left, Islamic culture and neo-fascist or white-supremacist cults.

One further factor, though, is crucial. Never disappearing altogether, antisemitism can be kept to a low level by condign social disapproval that deems antisemites to be totally beyond the pale.

If, however, that social stigma is lifted and society tolerates, excuses or sanitizes antisemitism, then it roars out of control.

That’s precisely what is now happening. In America, astoundingly, it is being facilitated and mainstreamed by Democratic Party grandees.

Look at what happened over remarks made by Michigan’s Democratic Rep. Rashida Tlaib. The congresswoman, whose Arab parents were born in Ramallah, said thinking of the Holocaust gave her a “calming feeling.”

This, she said, was because her Palestinian ancestors “lost their land and some lost their lives, their livelihood, their human dignity, their existence in many ways” in order to “create a safe haven for Jews, post-the Holocaust, post-the tragedy and the horrific persecution of Jews across the world at that time. And I love the fact that it was my ancestors that provided that, right, in many ways. But they did it in a way that took their human dignity away and it was forced on them.”

This was a vicious travesty of history. Wickedly, she presented Palestinian Arabs as victims of the Holocaust’s victims. The reality was that those Arabs were actually hopeful ancillaries to the Nazi genocide of the Jews.

Far from giving their lives to provide safe haven for the Jews, as she claimed, the Arabs of Palestine did everything they could to stop them from coming in and slaughtered as many as possible — all to prevent the Jews from obtaining the homeland that could have saved thousands from the Nazi genocide.

Much worse still, they intended to perpetrate a Final Solution for the Jews in Palestine and beyond. The Grand Mufti of Jerusalem, Haj Amin al Husseini, formed a pact with Hitler that if he won the war, the Mufti would ensure that every Jew in the Middle East was exterminated. Continue Reading….