Diaspora Jews View Antisemitism as Having Become Mainstream and Normalized 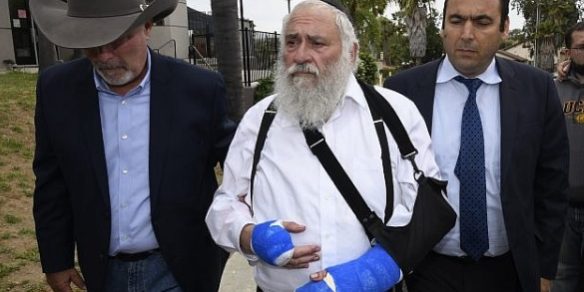 Almost 75 years after Hitler’s downfall, antisemitism in various parts of the world – from the US and Western Europe to South America and the Muslim world – is flourishing.

Antisemitism is “mainstreaming, even normalized as a constant presence in the public and the private sphere, said the report, which found a 13-percent rise in the number of major violent antisemitic incidents in 2018 compared to the previous year. Last year, 13 Jews were murdered by attackers who were motivated by hatred of Jews.

The most disturbing finding identified in 2018 is the sense of insecurity prevalent among Jews in the Diaspora; according to surveys, they do not feel an integral part of society anymore. Sometimes, they even sense a state of emergency, the researchers said.

The year 2018 and the beginning of 2019 witnessed an increase in almost all forms of antisemitic manifestations – in the public space as well as in the private one.

The attack of Jews in the Chabad synagogue near San Diego, California last week was only the latest – but not the last – incident. A sense of facing a state of emergency situation is increasing among Jews in some countries; physical insecurity and questioning their place in society and in the parties that were their political home are more prevalent.

The calls “Jews to the gas chambers” and “Death to the Zionists” are openly, unashamedly and publicly voiced. The 13 Jews were murdered in hate crimes during 2018 was the largest number compared to previous years. Continue Reading….