For American Jews, Trump is key figure in Israeli election 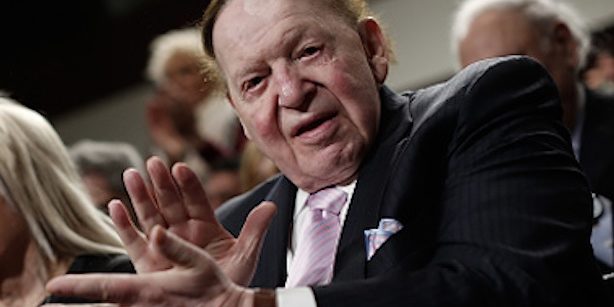 By David Crary, Times of Israel—

Donald Trump isn’t on the ballot for Israel’s national election, yet he’s a dominant factor for many American Jews as they assess the high stakes of Tuesday’s balloting.

At its core, the election is a judgment on Prime Minister Benjamin Netanyahu, who has won the post four times but now faces corruption charges. In his battle for political survival, Netanyahu has aligned closely with Trump — a troubling tactic for the roughly 75 percent of American Jewish voters who lean Democratic.

“The world has come to understand that Netanyahu is essentially the political twin of Donald Trump,” said Jeremy Ben-Ami, president of the liberal pro-Israel group J Street. “Unlike his previous elections, there is a much deeper antagonism toward Netanyahu because of that close affiliation between him and Trump and the Republican Party.”

Netanyahu featured Trump in a recent campaign video, while Trump has made a series of policy moves viewed as strengthening Netanyahu in the eyes of Israeli voters, including relocating the US Embassy to Jerusalem, withdrawing from the 2015 Iran nuclear deal and officially recognizing the Golan Heights as Israeli territory.

“It’s troubling,” said Halie Soifer, executive director of the Jewish Democratic Council of America. “The US-Israel relationship should not be about any two leaders or any two parties. The American Jewish community wants the relationship to remain on a bipartisan basis.”

Though it leans Democratic overall, the American Jewish community — numbering 5.5 million to 6 million — is not monolithic. Most older Jews remain supportive of Israel’s current Middle East policies, as does the roughly 10% of the Jewish population that is Orthodox. Jewish billionaire casino mogul Sheldon Adelson has been a staunch financial supporter of Trump and the GOP. Continue Reading….