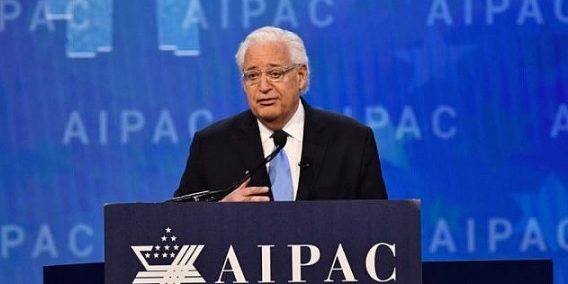 Trump administration officials have been silent and notably leak-free about what exactly is in the Middle East peace plan that Trump’s son-in-law, Jared Kushner, is shaping — until now.

This week, in speeches to the American Israel Public Affairs Committee, it became clear that the plan will likely not accommodate a Palestinian state, or at least the sovereignty that attaches to statehood.

David Friedman, Trump’s ambassador to Israel and one of three members of the peace team, in his AIPAC speech outlined why Israel should seize the opportunity of the still-to-be-seen peace plan: It allows Israel to maintain security control of the West Bank, and a future US administration might not be so understanding.

The Jewish Telegraphic Agency asked Jason Greenblatt, Trump’s top Middle East negotiator and the third member of the Kushner peace team, whether this meant that Israeli control of the West Bank was in the deal, as opposed to a Palestinian state making its own defense and foreign policy decisions. Continue Reading…