Israel’s New Strategy in the War Against Iran 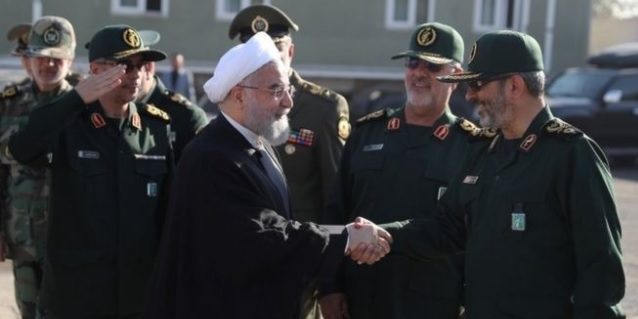 With “Operation Northern Shield” entering its second week and the Israel Defense Forces (IDF) working to destroy a third Hezbollah attack tunnel underneath the border with Lebanon it has become increasingly clear Israel is waging a psychological war against Iran and its proxies.

This is done by using cutting edge technology, exact intelligence gathering and by developing out-of-the-box solutions which give the Israeli military a decisive edge over its opponents and which aim to demoralize the enemy as we will see.

Take, for example, what happened on the first day of “Operation Northern Shield” when the IDF released a video which showed how two Hezbollah terrorists wanted to inspect a robot which was brought into a Hezbollah attack tunnel near the northern Israeli city of Metulla.

The camera of the robot recorded how one of the Hezbollah men was approaching the device after which a small explosive device exploded causing the terrorist to flee.

The publication of the video was clearly meant to humiliate Hezbollah that had just suffered a devastating blow when the IDF started to destroy its attack tunnels.

The tunnels were meant to serve as the most important element in Hezbollah’s operational plan for the next war with Israel which would include the invasion of the Galilee. Continue Reading….