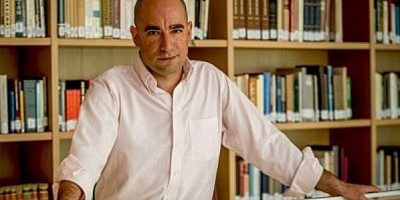 Kafka’s Last Trial is a rare book. Benjamin Balint did prove himself as a fine observer of multi-dimensional dramas, shrewd thinker, and very able writer. There is much more in this not that large book of 275 pages: many fundamental questions raised there; several remarkable characters brought to public life from oblivion; painful dilemmas are examined. The narrative is kept in a high rhythm which, in accord with unfolding dramatic events, is keeping you gleaned to the volume. Balint’s book is the case when you feel helplessly sorry when it gets close to its end.

The events described there could be characterised as dramatic, painful, some of them outrageous, and some other even as nasty. But the author, American from Seattle who lives and works in Israel, being a library fellow at the Van Leer Institute in Jerusalem never loses his temper. He shows an admirable constrain, his stand is mild and respectful towards all the parties although his own position despite being expressed subtly is quite clear to an attentive reader. This alone is a substantial achievement – especially, as his book has brought out and discusses quite complicated matters of a world-class importance. This book is a serious contribution into the matters of the world literary – and thus, culture – legacy.

The book is about the destiny of Franz Kafka’s archive. The battle over it at its last stage took over 10 years and had been resolved, finally, in the autumn of 2016. The chronicle of that very case alone would make an attractive report. It is not every day when the destiny of a cultural treasure of a highest importance is resolved in court-rooms, and when it takes so many years and effort. But Balint decided not to walk through an easy but all too predictable path.

He looked into the process deeply and brought out a conglomerate of issues which are not discussed publicly daily, but which are quite essential ones. In his book on which Balint worked for four years, he examines the characters of the people involved, including Kafka and Marc Brod themselves, and those who were related to the drama, such as Esther Hoffee, the keeper of the Kafka’s archive since 1968, after the death of Brod, and her both daughters, late Ruth and Eve who believed that the archive belonged to them after the death of their mother in 2007. All the other people appearing in the book, German archivists and Israeli lawyers, professors and critics, each and everyone, are also presented masterly.

Both seeing deep into the people and portraying them tangibly is a sign of a craft of a writer. Benjamin Balint assures his place in a top echelon of the present day literary critics and writers by his second book which combines elements of professional historical and literary research, glimpses of philosophical analysis, and vivid psychological portraits.

The first and the last components are presented in the Balint’s work almost perfectly. The element of a philosophical quest could be done in a more articulated way, theoretically speaking, but then it would change the character of the Kafka’s Last Trial from a current read for everyone into a specialist literature, and this is not the purpose that Benjamin had in mind working on this very challenging project. Given the importance of having a top-class research and original psychological story of the unique culture and literature phenomenon for the public as wide, as possible, doubly so in largely abbreviated stratum of an Instragram-world, I do understand the choice made by the author and his editors.

To me, the strength of this book is the array of the questions it originated: what one does with the legacy of such giant of literature like Kafka? How it became possible that his archive had been effectively sealed for 95 years, almost a century, after his death? Why was he punished with this imposed ‘imprisonment’ for so long? What about the legacy and archive of Max Brod, so special figure in cultural and literary history of the XX century? Why was he punished with his archive being effectively sealed for 50 years, a half of century after his death? What were the details of life of the people like Brod, German-speaking intelligenzia – and mighty intelligenzia it was – who had to run for their lives from Germany and Europe because of the Nazi feast on earth, and who were living in so drastically limited capacities ever after?

Was it possible to preserve and nourish – and to be nourished – by the knowledge and talent of the kind of people like Brod who were living under the circumstances which are far from Europe and different in so many aspects of reality? But why to allow to geography to decide on such essential matters as culture and civilisation? Would we ever learn from that devastating drama of Max Brod, the guardian of the Franz Kafka’s archive, and the Kafka archive’s drama itself, including the Kafka’s spirit in it? Would we learn to be attentive, understanding, interested, appreciative – and thus to become mightier and richer culture-wise and world-view wise? With books like Balint’s study on people and circumstances around Kafka’s archive, I dare to hope that we will.

The book is elegant in its structure and style. Balint shows writing maturity, class of thinking, observation and visioning, and craft in expression of its all. As soon, as I have started to read Kafka’s Last Trial, I was wondering if the rights for the film had been bought already: the book’s composition is a very good film’s outline, indeed. We are traveling in time from one chapter to other, from Vienna and Berlin in early 1920s to Israel today, as well as back to 1940s, 1950s and 1970s; from London in 2009 to Prague in early 1900s, from Zurich in 2016 to Germany just after the end of the WWII, and so on. This change of scenery throughout the book not only helps to keep its pace and grabs reader’s interest, but it is also fully cinematographic, in the style of a top of the French classic and magnetic film noir.
Benjamin Balint had told me that indeed, he did visualise a lot of the narrative of his book. Is it his way of work? Is it the result of many years of hard labour concentrated on the project? Could be both, I guess. But the result is top professional in both literature and cinematography reading of it, and it project confident master-craft.

In his studies of Kafka and importantly post-Kafka multi-dimensional phenomena, Balint is clearly fascinated with the meaning of ‘last’ – and applying the term to almost every chapter in his book, emphasising his focus: Last Son of Diaspora, The Last Train, The Last Appeal, and so on. Among fifteen chapters of the book, nine has ‘last’ as the accent of its titles. It sets the disposition of the author – and his readers -, and it also brings more focused interest and human warmth into the scientific process. People always are more keen to pay attention to the things ultimate; and we are more compassionate when we know that we are discussing something that had ended, doubly so dramatically.

Admirably, the author does not force his reader to identify with his own views and answers. He definitely knows the measure in balancing the way for his reader to form his own opinion, his own conclusion. The distance between an author and his reader is a classy but not an easily achievable quality of books. I do think that the Benjamin Balint’s position towards both his subjects and his readers is essentially respectful, and thus fully respectable, too. It provides you with a possibility to breath in your own travelling through the maze of facts, circumstances, suppositions, interpretations and feelings. It entitles you to your own conclusions. And it can be done by a person who is quite confident in his own knowledge and who is not interested in imposing his opinion onto the others.

The amount of work invested by Balint in this project, and knowledge he possess on it as the result of his 4-year old effort had been amalgamated into confident and thrilling, but not imposing narrative.

In the end of the Kafka’s Last trial reading, we would like to know more, to understand some aspects better, to think about the topics which had been not elaborated in a full detail in the book, but which had been mentioned there, and which started to loom now, after the utterly sad, and fully dramatic story of the legacy of Franz Kafka that had been ended 95 years after his death. What can be better that such outcome of a book on history of culture – and I would add, in this case, on the aspect of our common conscience?

There is no surprise to me that the book causes significant international interest: after the American edition, there are British, German, Dutch, Hungarian, Russian and possibly more editions on the way in many countries where people would certainly appreciate the book’s quality and would be gripped by its narrative, its drama and its so elegantly set open end.

I personally am awaiting for the film based on the Benjamin Balint’s book. I am positive that it could be the same gripping, as the book. And so many people world-wide would be taken by the story of the legacy of the man who unnerved the tragedy of the XX century in words – before it all had happened.