Where is the U.S.-Turkey Crisis Headed? 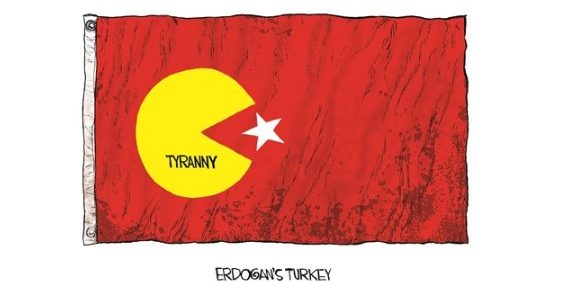 Turkey buying the Russian S-400 missile defense system would threaten the security of our F-35 aircraft and let Putin collect critical intelligence on us. We must pass my provision in the defense bill this week to block the F-35 delivery until Turkey ends its deal with Russia,” wrote US Sen. Chris Van Hollen on Wednesday.

His comments came a day after US National Security Adviser John Bolton, visiting Jerusalem, said that Ankara made a “big mistake” by not releasing US Pastor Andrew Brunson. “Every day that goes by, that mistake continues. This crisis could be over instantly if they did the right thing as a NATO ally, part of the West, and release pastor Brunson without condition.”

In Turkey the comments by Bolton were met with anger. Ibrahim Kalin, spokesman and adviser to President Recep Tayyip Erdogan, said that Turkey’s judicial independence was being challenged by Washington.

“There is a rule of law in Turkey, and the Andrew Brunson case is a legal issue. There is an ongoing legal process related to this individual,” Kalin said.

Turkey and the US face their greatest diplomatic crisis in recent memory as both countries engage in a war of words that has also harmed the Turkish economy. Five years ago $1 was worth two lira. Now you can get six lira for the same dollar. In the last month the lira lost almost a quarter of its value against the dollar.

This has caused a crisis in Turkey, in which Qatar has now pledged $15 billion to support the Turkish economy, further tying Ankara and Doha together. It has also caused Turkey to strengthen its ties to Moscow. Over the last three years Turkey has increasingly grown closer to Moscow, Qatar and Iran on a variety of issues. But Ankara had hoped briefly that Donald Trump’s election in October 2016 would bring warmer relations. Continue Reading…