Come Back for Me Captures Weight of Holocaust Trauma 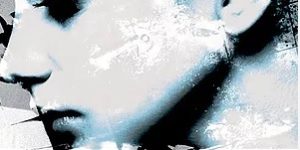 Parallel lines never meet – unless a lodestone of overwhelming force pulls them inexorably toward each other. At that pivotal point of attraction, of course, the two lines cease to be parallel. As we ultimately see, when they converge, they become integral components in a reconfigured aesthetic of movement and geometry.

Such is the literary framework of Come Back For Me. In her praiseworthy debut novel, Sharon Hart-Green cleverly and thoughtfully provides the reader with two tandem stories that meet at a heartbreaking bridging point of history and family. The meeting point is transformative for the characters of the story and deeply affecting for the reader.

One story chronicles Suzy Kohn’s key transitional years, from high school to university, in Toronto. Her Jewish parents escaped the Nazis’ frenzied efforts to annihilate the Jews of Europe during the Second World War and the shadow of the Holocaust falls upon the family in every aspect of their lives. Throughout the novel, the author skillfully teases out the myriad ways this is so, especially in the often-trying relationship between Suzy and her parents. Readers who are children of Holocaust survivors, or of immigrants from the postwar period, will likely relate to many of the scenes that Hart-Green depicts.