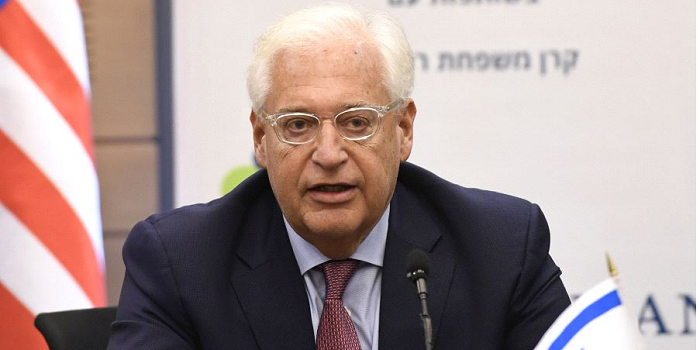 Republicans are undoubtedly better friends of Israel than Democrats are, US Ambassador to Israel David Friedman said Wednesday, lambasting the Democratic Party for failing to sufficiently mobilize its constituents to support the Jewish state.

“The argument that I hear from some Democrats that Republicans are seizing the pro-Israel mantle is true, to a certain extent. There’s no question Republicans support Israel more than Democrats,” Friedman told The Times of Israel.

“What the Democrats are not doing is looking at themselves critically and acknowledging the fact that they have not been able to create support within their constituency for Israel at the same levels that the Republicans have,” he went on.

Democrats may claim to be pro-Israel but merely saying so doesn’t make it true, he argued. Indeed, “there is a large Democratic constituency right now that is not pro-Israel,” the US envoy said. “They have to acknowledge it, and they have to fix it, or try to fix it.”

In a wide-ranging interview in his new office at the US embassy in Jerusalem, Friedman, 59, also discussed the administration’s upcoming peace proposal, as well as his thinking on the two-state solution, the legality of West Bank settlements and what he believes should happen to Palestinian refugees seeking to “return” to Israel. Continue Reading…