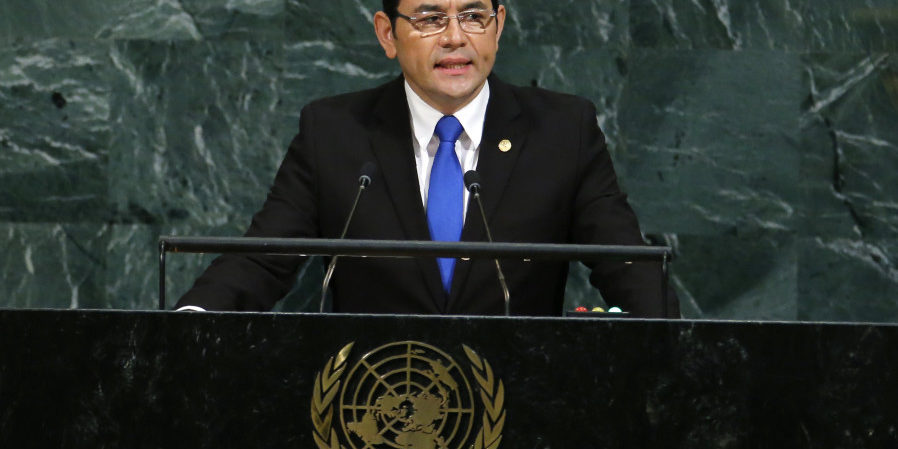 Guatemalan President Jimmy Morales arrived in Israel on Tuesday to take part in the official reopening of the Central American country’s embassy in Jerusalem’s Malha Technology Park on Wednesday.

Guatemala had an embassy in Jerusalem until 1980. But it pulled it out – along with several other countries – when the Knesset passed the Jerusalem Law in 1980 that declared “united” Jerusalem as the capital of Israel.

Mattanya Cohen, Israel’s ambassador to Guatemala and Honduras, said in a Kan Bet interview that Guatemala has a tradition of friendship for Israel that goes back to efforts by Jorge Garcia Granados, the country’s ambassador to the UN at the time, to push for acceptance of the Partition Plan in 1947.

Cohen attributed Guatemala’s support for Israel in large part to the strong Evangelical presence in the country, saying more than half of the country’s 16.5 million people are Evangelicals, including Morales and Foreign Minister Sandra Jovel.

Jovel, on her first trip to Israel, has been here since Friday and took part in the ceremony on Monday marking the transfer of the US Embassy to Jerusalem.

The Guatemalan move merited wide coverage in the Guatemalan media, with the Diario de Centroamérica daily heralding the move as “another step in strengthening the bilateral relations between the two countries.” This cooperation, the paper wrote, “will benefit Guatemalans in education, security and trade issues.”

According to the paper, an estimated 3,000 Guatemalans have received professional training in Israel.

In addition to Jovel, Morales is being accompanied by his defense and economy ministers, as well as his secretary of strategic intelligence. He is scheduled to return home on Thursday.

Morales announced his intention to move the embassy in May, at the annual AIPAC conference in Washington, saying he was making the move because it was “the right thing to do.”

Morales told The Jerusalem Post at the time that Guatemala had received “the pushback that was expected” from the decision. But he expressed his belief that more countries would follow his lead.

Neighboring Honduras is expected to announce a similar move in the near future.

Morales told AIPAC that the US decision to move its embassy “opened space” for other nations to do what they have known to be right for some time, but for one reason or another simply lacked the courage or conviction to do.