Abbas: Jerusalem can be gate for peace or war, Trump must choose 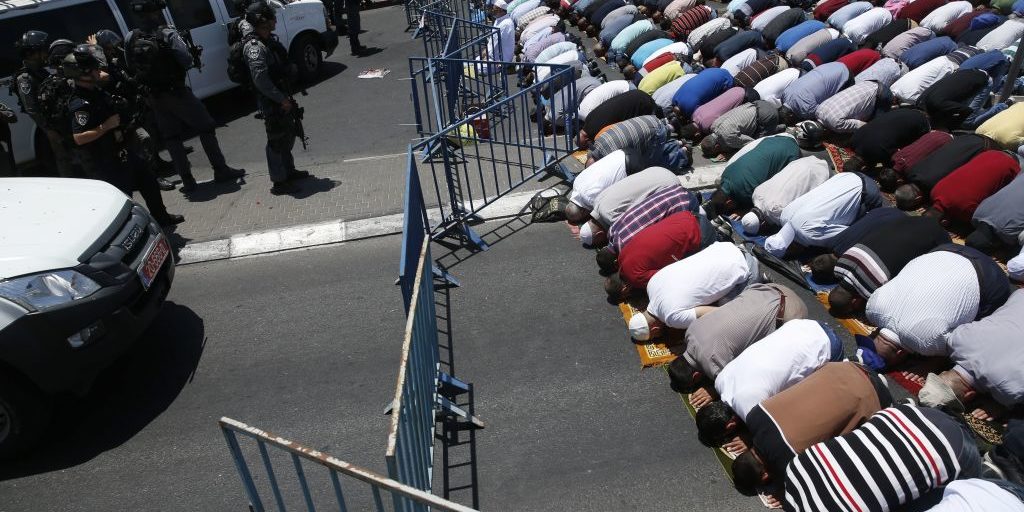 Palestinian President Mahmoud Abbas asserted Wednesday that “Jerusalem would be a gate for peace only when it’s the capital of Palestine.”

“But it is also a gate for war, insecurity and instability if it isn’t (the capital of Palestine). (US President) Trump has to choose,” Abbas stressed during a speech at the Al-Azhar University in Cairo.

Despite this militaristic and belligerent tone, Abbas stressed the Palestinians will not turn to terrorism to achieve their goals, but rather take diplomatic measures.
“We are sticking to peace as a choice for our people, but not peace at any cost—one that is based on international decisions that ensure the establishment of a Palestinian state in the 1967 borders,” the Palestinian leader said.

Abbas insisted the Palestinians demand “only 22 percent of historical Palestine”—in the form of the 1967 borders—and despite that Trump has declared united Jerusalem to be Israel’s capital.

“We won’t accept this. Not from Trump, not from the United States, and not from anyone else. Jerusalem is our capital,” he said.

Trump, Abbas continued, is not trustworthy. “Trump changed the position held by other (American) administrations. How can we trust such an administration to mediate between us and the Israelis? We don’t trust it, and we don’t accept the United States as a mediator.”

The Palestinian leader reiterated his claims there is a conspiracy meant to bring foreign elements into Palestine. “There hasn’t been and there won’t be a Palestinian, Arab or Christian who will bargain over Jerusalem and Palestine and give up one grain of sand from our land,” Abbas insisted.

He also claimed that “We’ve been here for 5,000 years, from the days of the Canaanites who built Jerusalem. We are the Canaanites.”

Ahmed el-Tayeb, the Grand Sheikh of al-Azhar, who also spoke at the same event, said Muslims “are interested in peace that knows no surrender, and that doesn’t hurt the homeland and the holy sites. Peace established with the power of knowledge, education and economics.”

He called on the Muslim world to return its attention to the Palestinian issue and Jerusalem. “The decision by the US president to recognize Jerusalem as Israel’s capital should be met with new and serious Muslim and Arab thinking, which honors Jerusalem’s Arab nature and the sacred nature of the holy places to Muslims and Christians,” he said.