The Palestinian Race to the Bottom 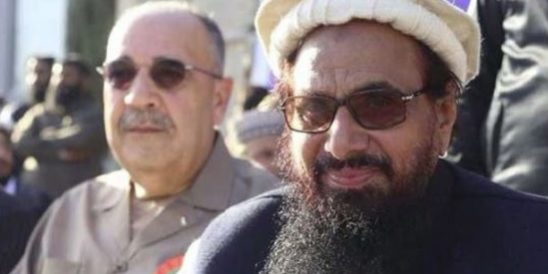 The PLO and the Palestinian cause more generally are sinking into irrelevance and rather than reform their policies to rebuild their position, they have adopted a scorched earth policy that only intensifies their race to the bottom.

On the face of things, the situation isn’t bad. Last month the PLO got 128 nations to vote in favor of their anti-American resolution rejecting US President Donald Trump’s recognition of Jerusalem as Israel’s capital. One of the states that voted with them was India.

Israel was shocked by India’s move.

Not only has Modi enthusiastically cultivated close ties with Israel, he has moved closer to Israel in its conflict with the PLO than any of his predecessors. In 2015, India abstained from an anti-Israel resolution at the UN Human Rights Council. Modi refused to visit the Palestinian Authority during his visit to Israel. And PLO chief and PA chairman Mahmoud Abbas’s visit to India earlier this year, Modi refused to say – as his predecessors have said – that the capital of a Palestinian state should be located in eastern Jerusalem.

And yet, last month at the UN, it felt like none of this had happened. India reverted to its previous posture of blind support for the PLO and joined the chorus in attacking America for recognizing that Jerusalem is Israel’s capital.

The Palestinians for their part were justifiably elated. Now, they thought, they were back in the driver’s seat. Trump is an aberration and the world – including India, continues to support them no matter what. They are today where they were in 1975 when the UN General Assembly passed Resolution 3371 defining the Jewish national liberation movement as a form of racism.

Then, less than a week after the UN vote, the PLO’s envoy to Pakistan, Walid Abu Ali, shared a stage in Rawalpindi with the mastermind of the 2008 terrorist attacks in Mumbai.

Lashkar e-Taibi leader Hafiz Muhammad Saeed is wanted by India not only for the massacre of more than 160 people in the Mumbai attacks. He is also wanted for his involvement in terrorist attacks in the city in 2006, which killed more than 200 people, and for a shooting at the Indian Parliament, an incident in which another 14 were killed in 2001.

Abu Ali didn’t think there would be any price to pay for his decision to embrace a mass-murdering terrorist. It’s what the PLO has always done. And so he posted photos of himself with Saeed online.

But it turns out that despite India’s vote, things have changed. A lot.

Indian social media exploded in rage against the Palestinians and the PLO. The most common sentiment was, “This is how they pay us back for abandoning the US and Israel to support them at the UN.”

Abu Ali’s embraces of Saeed were widely and angrily reported in the Indian media.

In response, Abbas announced that he was recalling Abu Ali. This would have been fine if it were true.

But this week it was reported that Abu Ali is back in business in Islamabad.

The PLO’s behavior with Abu Ali and India indicates three things. First, that the PLO/PA is no longer immune from criticism in quarters where it received five decades of unconditional support. Second, it indicates that the PLO/PA is incapable of changing its behavior, even when it is aware that it ought to. Finally, the PLO/PA is still operating under the impression that nations will continue to support them forever because the basis of that support is unchanged.

The problem for the PLO/PA is that the world has changed fundamentally while they were busy embracing terrorists and getting away with it.

In its own neighborhood, Israel’s neighbors remain economic and political basket cases. As Dr. Guy Bechor noted in his analysis of the data earlier this week, Egypt’s per capita GDP of $2,519 is one-seventeenth of Israel’s. Jordan’s per capita income dropped last year from $4,648 to $4,135 and prospects for 2018 aren’t positive.

The situation is similarly bleak in the Gulf States, despite their oil and gas reserves. Iran, for instance, is poor and forecasts for the future are terrible. Last year, despite the $100 billion windfalls the regime received from sanctions relief, per capita GDP in Iran dropped from $6,144 in 2016 to $5,879. Wars in Syria, Yemen, Iran, Lebanon and Gaza don’t come cheap.

Egypt, Saudi Arabia, and other Arab states are drawn to Israel not only because of their joint security concerns about Iran. They are also eager to expand ties with Israel to benefit from its civilian technologies in everything from agriculture and water technologies to digital communications. And they are not about to allow the Palestinians to stop their cavalcade to Israel.

As The New York Times reported last week, Egyptian intelligence officer Capt. Ashrag al-Kholi called four different television hosts last and told them that Ramallah can serve as the capital of a Palestinian state just as well as Jerusalem. Kholi was also taped telling them that the Palestinians have to compromise for peace. In his words, “How is Jerusalem different from Ramallah, really? At the end of the day, later on, Jerusalem won’t be different from Ramallah. What matters is ending the suffering of the Palestinian people. Concessions are a must and if we reach a concession whereby… Ramallah will be the capital of Palestine, to end the war and so no one else dies, then we should go for it.”

Kholi explained that a new Palestinian campaign of terrorism against Israel will harm Egypt by strengthening Islamic State (ISIS), Hamas and the Muslim Brotherhood.

So while it is true that 128 countries – including India, Egypt, and Saudi Arabia – voted with the PLO against Israel and the US at the UN last month, it is also true that their votes don’t signify as much as they used to. It is equally true that the Palestinians can’t try their patience by pushing anti-Israel resolutions every day as they have for the past 45 years. Because as the Palestinians keep playing their old tricks, Israel is becoming a more and more significant regional and global power and the nations of the world aren’t interested in weakening Israel when Israel is helping them survive and prosper.

As Abu Ali’s continued tenure in Pakistan shows, rather than recognize the shifting power balance and update their positions to align with it, the PLO has become even more brittle and reactionary and extreme. If Egypt doesn’t support their war against Israel, then they will take their roadshow to Tehran, or its Lebanese satrapy.

Sunday night, Israel Channel 2 reported that terrorist incitement is rising steeply in the official PA media and social media networks. One video, of a faked shooting of a Palestinian teenage girl by an actor dressed in an IDF uniform, has gone viral. Thousands of viewers have responded to the fake scene with pledges to kill Israelis to avenge the fake death.

When later this month Netanyahu meets Modi in Delhi, India’s UN vote and Abu Ali’s embrace of Saeed will be on the agenda. And there is a good reason to believe that Modi will recognize the linkage and vote differently in the future. Like Netanyahu, he recognizes that the PLO’s basic case is wrong. Peace is achieved by defeating terrorists, not by empowering them.

Moreover, Israel beckons. The economic and strategic realities of Israel cannot be ignored. Modi and his counterparts worldwide are now recognizing that the Palestinians have nothing to offer them, not even gratitude. When a critical mass of Palestinians recognize that the PLO’s jig is up, they will make peace with Israel. Until then, they will continue to serve as an irritating irrelevancy and nothing more.