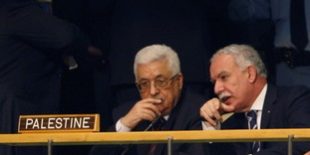 The Syrian civil war is almost over. President Basher Assad remains in power, and Iran and its proxy Hezbollah are the clear victors.

Disconcertingly, the Americans and Russians have apparently agreed to let Hezbollah and Iranian ground forces remain, threatening Israel’s northern borders. Russian Foreign Minister Sergey Lavrov has given assurances that Israel’s security will not be threatened, but Prime Minister Benjamin Netanyahu has said that, if necessary, Israel will take military steps to keep the Iranians at bay. This will require a balancing act because Netanyahu does not wish to jeopardize his good relationship with Russian President Vladimir Putin.

The tension is being compounded by Iranian threats to destroy Israel and by the upheavals in Lebanon, with Prime Minister Saad Hariri announcing his resignation but retracting it a week later, and President Michel Aoun warning of an imminent Israeli attack.

Yet the covert alliance between the moderate Sunnis and Israel is based on expediency and may not last long.

The Saudis insist they have no relationship with Israel, yet they exert major influence on U.S. President Donald Trump and have urged him to revisit their original plan, which does not meet Israel’s security requirements.

Collaboration with Egypt against the Islamic State group and the personal relationship with President Abdel-Fattah el-Sissi are excellent, but the Egyptian media and mosques continue their anti-Semitic incitement.

The Palestinian unity government has not lessened Hamas’ ambition to obliterate Israel and determination to retain control of Gaza.

Palestinian Authority President Mahmoud Abbas continues his anti-Israel incitement but maintains military coordination with Israel. He shows no sign of willingness to make concessions and continues rewarding terrorist prisoners – including Hamas members – and their families.

The EU seems prepared to boycott Israeli settlement products, an unprecedented step. However, the determining factor regarding diplomacy rests with the U.S., where public opinion and Congress remain pro-Israel.

Still, given the many contradictory signals, one can only tentatively guess what Trump’s intentions are.

Trump failed to move the U.S. Embassy to Jerusalem and has done nothing to punish Abbas for financially rewarding terrorists. He has, essentially, extended President Barack Obama’s policy of talking to both parties and ignoring Palestinian intransigence.

Secretary of State Rex Tillerson announced that he would close the PLO’s Washington office if Abbas initiated war crimes proceedings against Israel and refused to enter serious peace negotiations. In response, the Palestinians threatened to sever relations with the Americans, and the U.S. quickly backtracked.

There are unsubstantiated reports that early next year the administration will announce a U.S.-drafted peace plan, including a two-state solution not based on the 1949 armistice lines. It is said to stipulate that no one would be displaced and could include limiting settlement growth to the major blocs. It is not believed to deal with Jerusalem.

Despite lip service to the contrary, the PLO has always opposed a two-state solution, as evidenced by its refusal to compromise over the claimed Palestinian “right of return” to Israel.

These proposals would be accompanied by confidence-building proposals and the Palestinians would receive generous economic aid from the Sunni Arab states. They would be required to cease campaigns for international recognition as well as financial rewards to terrorists. Most of Israel’s security needs, such as an ongoing Israeli presence in the Jordan Valley, would be assured.

Netanyahu and American officials have denied the accuracy of these reports and declined to comment.

In this volatile, uncertain environment, some things remain clear: Israel must maintain deterrence and be guided exclusively by its security requirements.

The Trump administration’s proposal will have a significant political impact. If Israeli security needs are met, Netanyahu will do his utmost for peace. But he rightly believes that there is no chance for peace with a Palestinian leadership that remains committed to Israel’s destruction. He seeks to persuade Trump to hold the Palestinians accountable while displaying a willingness to intensify confidence-building initiatives to enhance their quality of life.

A powerful campaign is needed to deliver this message to the U.S. administration. Netanyahu’s adversaries must realize that no other Israeli can handle this as effectively as the prime minister.

Between the histrionic media campaign against Netanyahu, the ultra-Orthodox parties’ threats to bring down the government, the American Reform and Conservative movements’ use of the Western Wall issue to whip up anger against Israel, and Deputy Foreign Minister Tzipi Hotovely’s lambasting of American Jews, Israel’s internal cohesion and relations with the Diaspora have been harshly tested. Now is the time for Israeli and Diaspora Jews to set aside their differences. Those who appreciate Israel’s importance must display unity in the face of the storm clouds gathering around us.