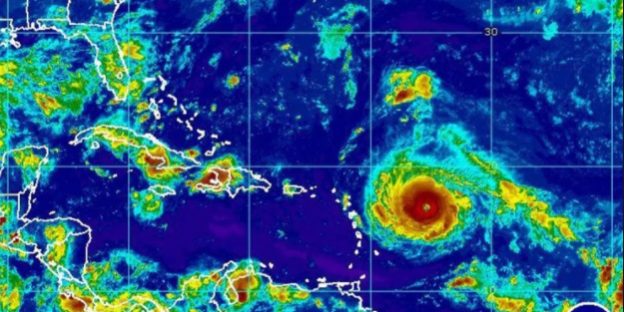 With one word, Rabbi Chaim Kanievsky, one of the most prominent rabbis of this generation, warned that Miami is in grave danger from Hurricane Irma and that people should evacuate.

On Wednesday, a rabbi was sent as an emissary to consult with Rabbi Kanievsky, an aged Torah scholar and one of the greatest spiritual leaders alive today, about the possibility that Hurricane Irma might hit Florida, wreaking havoc and endangering lives. The rabbi’s assistant explained the dire situation that was created when Hurricane Harvey hit the Gulf Coast of Texas two weeks ago. The assistant then explained the uncertainty over whether Hurricane Irma, now a Category Five Hurricane and the most powerful Atlantic hurricane on record, will make landfall in Florida.

“There was a hurricane two weeks ago, with a lot of wind and rain, and many people were killed,” Rabbi Kanievsky’s assistant said to the aged sage in Hebrew. “They evacuated some people, but for others it was too late. Now, they say the same thing may happen in Miami. They want to evacuate people on Shabbat (the Sabbath).”

The Jewish laws of Shabbat are very strict and breaking them is only permitted if an actual existential threat exists. Cases in which the danger is only in potential require a rabbinic ruling. If there is an actual danger, it is considered virtuous to preserve life by breaking Shabbat.