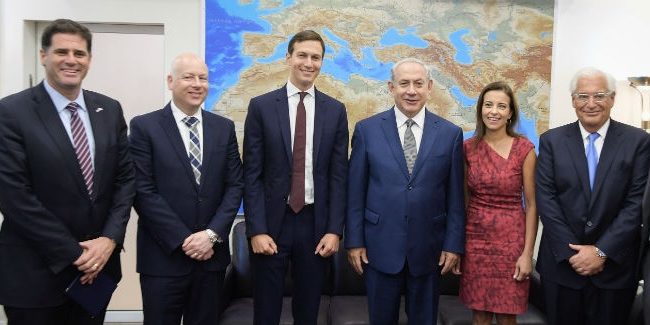 In the region for another push to restart peace talks between Israel and the Palestinians, White House adviser and Trump son-in-law Jared Kushner, peace envoy Jason Greenblatt and Deputy National Security Adviser for Strategy Dina Powell met with Prime Minister Benjamin Netanyahu on Thursday. Among the topics discussed, said a US source, was the highly-anticipated embassy move.

Relocating the American embassy in Israel from its current location in Tel Aviv to Jerusalem, the country’s capital, was one of Trump’s major campaign platforms. However, the promise was not fulfilled after Trump took office, and when a waiver delaying the embassy move for another six months came due in June, Trump signed it, to the disappointment of many.

But the Trump administration has repeatedly assured its supporters that the president fully intends to move the embassy during his time in office.