Preparing for the inevitable? 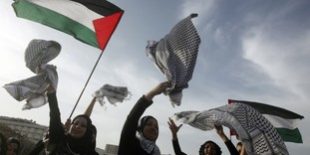 In its short history just shy of seventy years, Israel has fought in eight recognized wars, two Palestinian intifadas, a number of armed conflicts with hostile neighbors and not one of these wars or armed conflicts was instigated or provoked by Israel. Israel’s neighbors should begin to wrap their heads around the fact that Israel was granted sovereignty with defined borders in 1948 by the United Nations. The partition borders have changed as a result of the wars brought on by her neighbors and to this day Israel’s antagonists are not letting up. So long as there is radical Islam, real peace for Israel is extremely unlikely.

At this point in history it should be evident to everyone that radical Islam despises Jews and the Jewish nation of Israel. Christians and the United States of America are also on radical Islam’s hit list.

The hatred spewed by Mahmoud Abbas representing the Fatah faction of the Palestinian Authority, Hamas authoritarians, Hezbollah’s kingpin Nasrallah and Iran’s Ayatollah Khomeini leaves Israel little choice but to be defensively prepared for the eventuality of another war.

The international snowflakes who do not understand Middle Eastern regional politics cannot be excused for their hateful rhetoric against Israel so long as they understand the English language. What Israel’s enemies say to the world in English is very different from what they say to their own people in Arabic but translations are easy to find. In Arabic, Israel’s adversaries are constantly calling for the blood of Jews and the destruction of Israel. Hezbollah’s flags fly along Israel’s border with Lebanon and Palestinian flags fly along the Gaza border as a constant reminder to Israel that she is surrounded by enemies. There are posters in southern Lebanon adjacent to Israel’s northern border which depict the Iranian flag and the face of the Ayatollah. Written in Hebrew and Arabic are the words, “We are coming.” It’s a constant threat.

Barring some inane idea of Hamas causing another skirmish with Israel, the next war Israel will have to face will probably be in the north against Hezbollah which is a proxy of Iran. This war will be billed as a war with Lebanon because the land belongs to the nation of Lebanon however the terror organization known as Hezbollah is deeply embedded within the Lebanese government. Hezbollah could be used by Iran as the catalyst for sparking a war with Israel. The instigating factor will perhaps be over borders which Israel shares with Lebanon and Syria in the north or a “miscalculation” from an enemy in Syria or Lebanon whereby a rocket or missile “accidentally” lands in Israel’s Golan Heights region. This would necessitate an Israeli response with a possible subsequent escalation of conflict. Iran would very much like to gain a stronger foothold in Syria whereby it could move freely into southern Lebanon and on to the Mediterranean.

Whatever the case may be, Israeli preparations must be based not on “if” they will be forced to fight again but “when.” How is Israel to respond and engage the enemy in a war provoked by Hezbollah? First, Israel relies on its intelligence that the southern border of Lebanon is saturated with rockets and missiles; ten times as many as in the war with Lebanon in 2006. This translates into approximately 130,000 rockets aimed at Israel. Not only is the sheer number of armament intimidating but some are now powerful enough to reach all parts of Israel with a high degree of accuracy and many are equipped with guidance systems but Israel will not be caught by surprise. Israel’s intelligence services are the most sophisticated in the world. Right now Israel’s entire medical establishment is working together mapping out a plan for dealing with mass casualties and medical evacuations. In case of a large scale emergency, some hospitals are able to turn their cafeterias into auxiliary emergency rooms in less than ten minutes.

Israel’s military is also among the best in the world but Hezbollah’s soldiers will be an intimidating force. Many were trained by ruthless Iran and just as many were trained in battle in Syria. These forces will surge over Lebanon’s southern border into northern Israel killing and capturing Israeli citizens. Entire Israeli communities could be held hostage. The threat is so real that Israel has already prepared emergency evacuation plans for its citizens living in the north.

Israel’s military defense is robust having been forced to deal with constant threats and attacks. The State of Israel has three very effective tiers of missile defense which is capable of blocking incoming rockets and missiles. Moreover, Israel has its own strategic and tactical missiles and rockets capable of accurately striking any opponent’s position. Herein lies the quintessential ethical dilemma.

Hezbollah, like all radical Islamic organizations, has a death wish. They care nothing for human lives including their own people. In fact, they crave to see civilian bloodshed as it plays well for propaganda when Israel is involved. Despite Israel’s best efforts to avoid civilian casualties, innocent people who are set-up to die by Hezbollah will get caught up in the war. The free world, including Israel, does not want to see this happen but human shields are a favorite tool of militant Islam.

So, laced all along Lebanon’s southern border (which is Israel’s northern border) are many civilian homes outfitted with rocket and missile armaments. Who’s to say how many schools, playgrounds, mosques and societal infrastructures also conceal armaments and other Hezbollah weapons caches?

This creates a no-win situation for Israel. Her focus will be on doing her best to protect Israelis while also doing her best to avoid the loss of innocent life which is loathsome to Israel. As the political dynamics in the Middle East continue to shift like sands on the seashore, it is important for all to understand how the stage is being set hoping to force Israel’s hand. Israel is keeping a watchful eye on Syria to make certain the current ceasefire does not give Iran and Hezbollah an opportunity to move in even closer. Jordan is interested in maintaining the ceasefire as a matter of security and also so the million plus Syrian refugees currently living in Jordan will be able to leave. Will peace be restored to Syria or will the plot thicken as Iran cozies up to Russia, Russia sets up police battalions inside Syria, Hezbollah and Hamas continue to receive support and financing from Iran and the people of Syria continue to suffer being used as pawns by their own government and others? Only time will tell and it’s already been six plus long years.