Netanyahu warns against Iranian move-in amid ceasefire in southwest Syria 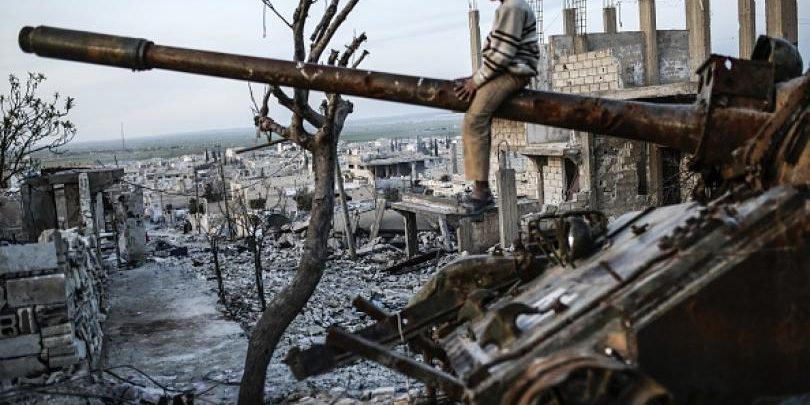 Prime Minister Benjamin Netanyahu warned on Sunday that a ceasefire plan that took effect at noon in southwestern Syria should not allow for a vacuum to be filled by Iran and its proxies in the area near the border with Israel.

Netanyahu added that Israel would welcome a genuine ceasefire in Syria, but heeded caution in addressing the latest international attempt at peacemaking in the Syrian conflict.

The United States, Russia and Jordan reached the ceasefire and “de-escalation agreement” last week with the aim of paving the way for a broader, more robust truce.

“Last week I discussed the matter in in-depth discussions with US Secretary of State Tillerson and Russian President Vladimir Putin,” Netanyahu said at the weekly cabinet meeting shortly before the planned ceasefire took effect. “They both told me that they understand the positions of Israel and that they would honor our demands.”

The premier on Sunday underlined that Israel would continued to monitor the fighting over the border in the civil war in Syria that has been raging for more than six years.

Israeli officials were consulted on the ceasefire plan, negotiated over several months by Russia, the United States and Jordan with Amman’s security topping concerns. At the Israeli government’s request, Netanyahu and Russian President Vladimir Putin spoke of the matter by phone on Thursday, “in the context of joint efforts against international terrorism ,” the Kremlin said.

Several ceasefires have crumbled since the onset of the conflict and it was not clear how much the combatants – Syrian government forces and the main rebels in the southwest – were committed to this latest effort.

With the help of Russian air power and Iranian-backed militias, Syrian President Bashar Assad’s government has put rebels on the back foot over the last year. The wide array of mostly Sunni rebels include jihadist factions and other groups supported by Turkey, the United States and Gulf monarchies.

Earlier talks between the US and Russia about a “de-escalation zone” in southwest Syria covered Deraa province on the border with Jordan and Quneitra, which borders Israel’s Golan Heights.

A senior State Department official involved in the talks said further discussions would be necessary to decide crucial aspects of the agreement, including who will monitor its enforcement.

Russian Foreign Minister Sergei Lavrov said the deal includes “securing humanitarian access and setting up contacts between the opposition in the region and a monitoring center that is being established in Jordan’s capital.”

The multi-sided Syrian conflict, which grew out of popular protests against Assad’s rule in 2011, has killed hundreds of thousands of people and created the world’s worst refugee crisis.

Michael Wilner and Reuters contributed to this report.