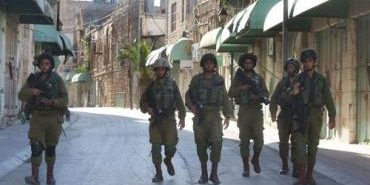 Israel blasted UNESCO’s World Heritage Committee for calling the country an “occupying power” in Jerusalem and condemning “all legislative and administrative measures and actions” that have “altered or purport to alter the character and status of the Holy City.”

“No faux ‘heritage committee’ can sever the bonds between our people and Jerusalem,” said Danny Danon, Israel’s Ambassador to the United Nations. Foreign Ministry spokesman Emmanuel Nahshon said the vote served the interests of “the enemies of history and truth.”

“Jerusalem is the eternal capital of the Jewish people. No UNESCO decision can change that,” Nahshon said.

Despite the vote at the World Heritage Committee’s annual assembly in Krakow, Poland, Israel claimed a moral victory as three countries voted against the resolution, eight abstained and 10 voted in favor.

“Despite the softening of the resolution, more countries voted with Israel, breaking the consensus of the Arab countries,” said Carmel Shama-Hacohen, Israel’s Ambassador to the United Nations Educational, Scientific, Cultural Organization.

Jamaica, the Philippines and Burkina Faso opposed the resolution.

Shama-Hacohen said the result gave Israel a boost ahead of the vote on a Jordanian sponsored resolution coming up later in the week on naming the Old City of Hebron, including the Tomb of the Patriarchs, a World Heritage Site in Danger registered under the “State of Palestine.”

In order to block the Hebron resolution, Israel would need eight countries to vote against.

Israel was also encouraged by a report issued last Friday by the International Council on Monuments and Sites (ICOMOS), an advisory body to the World Heritage Committee that said the request had given “little recognition” to the town’s Jewish history. However Shama-Hacohen acknowledged following the release of the report that Israel still faces an uphill struggle to get the motion blocked.

“Were it not for the fact that we are talking about the state of Israel and the Jewish people, both of which are obsessively hounded in international fora and particularly at the UnIted Nations, a report like this could have let us go home early for the summer vacation instead of heading off to Krakow to fight for the truth and to prevent registration of the site under the name of Palestine,” Shama-Hacohen said.

Speaking after the resolution on Jerusalem, Shama-Hacohen said that the UNESCO votes were particularly outrageous as they were taking place just 70 kilometers away from the Auschwitz-Birkenau death camp.

“A month ago, I approached the Arab delegations through one of their Ambassadors with a special request. I asked them to be sensitive to this sensitive location of this year’s UNESCO gathering and not to table the anti-Jewish resolution regarding Jerusalem. I told them that it would help to build positive relations. But sadly, we are here today with not just one, but with two such anti-Israel resolutions!!” Shama-Hacohen said.

“Let me conclude,” he added, “by saying that just as Hitler, the Nazis, and their partner – Haj Amin El Husseini – did not succeed, you will not succeed as well in denying the Holocaust or in your efforts to destroy Israel or the Jewish history. No politicized decision of UNESCO will ever move one brick from a wall in Jerusalem, nor will it succeed in separating between Jerusalem and the Jewish nation, nor will it succeed to rewrite our history in Jerusalem.”