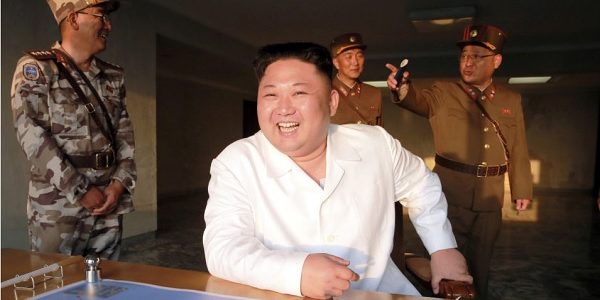 A thorough examination of the track record of the Palestinian Authority, the PLO, Fatah (all three headed by Mahmoud Abbas) and Hamas is a prerequisite for a realistic assessment of the nature of the proposed Palestinian state and its potential impact upon vital US interests in the Middle East.

North Korea has scrutinized these terror organizations since their inception, in 1959 (Fatah), and has identified the significant, long-term, geo-political synergies between them and Pyongyang. Hence, the systematic and elaborate geo-strategic cooperation, since 1966, between one of the most repressive, terroristic and anti-US regimes in the world and the Palestinian terror organizations, which have been systematically anti-American, role-models of international and intra-Arab terrorism, subversion and treachery. Similarly to North Korea, they forged alliances with the USSR and the ruthless East European communist regimes, collaborated with Iran’s Ayatollahs, fomenting egregious systems of hate-education, incitement and repression.

Furthermore, Pyongyang is aware of the Palestinian trail of anti-Jewish and (mostly) intra-Arab terrorism during the 1920s, 1930s and 1940s, their collaboration with the Nazis, and their 1951 murder of Jordan’s King Abdullah, while the monarch prayed in Jerusalem’s Al Aqsa Mosque. The ruthless totalitarian Kim Jong-un sympathizes with the PA’s Mahmoud Abbas’ twelfth year of (what was to be) his first four-year-term, refusing to hold an election.

North Korea considers its ties with the Palestinians compatible with its paramount strategic goal: the erosion of the US power projection in the Korean Peninsula, the Middle East and throughout the globe. Therefore, Pyongyang has attempted to destabilize pro-US regimes, while forging cooperation with regimes, which are rivals of – or hostile to – the US and its allies, such as Israel.

North Korea has supported terror organizations – which have targeted the US and its allies – providing them with training, military supplies, communications technologies, and expertise on the construction of tunnels and fortifications.

North Korea has considered Iran and Syria its senior partners in the Middle East, but has also provided the Palestinian terror machine critical assistance.

Moreover, Pyongyang has leveraged the unique Palestinian “terror startup” – developed ever since the 1960s – when Arafat and Mahmoud Abbas established the “Palestinian Academy for Higher Terrorism” in PLO camps in Jordan, Lebanon, Sudan and Yemen, training anti-Western terrorists from Africa, Asia, the Middle East, Europe and Latin America.
The Palestinians have participated in the North Korean semi-proxy-terrorist-network, stretching from Argentina, Bolivia, Brazil, Chile, Guatemala, Mexico, Nicaragua, Paraguay, Peru and Venezuela, through South Africa, Mozambique, Zimbabwe, Western Sahara, Europe, Syria and Iran all the way to Sri Lanka and Japan.

While Israel’s security control of the mountain ridges of Judea and Samaria (West Bank) precludes substantial North Korean military assistance to the Palestinian Authority, such assistance has been extended to Hamas in Gaza. 35 tons of arms destined for Gaza via Teheran – including rocket-propelled grenades, missiles and rocket launchers, missile tubes, surface-to-air missile launchers and spare parts – were seized when a North Korean cargo plane made an emergency landing in Bangkok. In addition, during 2009, five North Korean vessels were interdicted while carrying weapons intended for Iran, Hamas or Hezbollah. Recently, Palestinian terrorists in Gaza received North Korean shoulder-launched surface-to-air missiles and anti-tank missiles.

North Korea has been implicated in notorious precedents of Palestinian terrorism, such as the 1972 attack (in conjunction with the Japanese Red Army) on Israel’s only international airport, murdering 26 persons, most of them Christian pilgrims from Puerto Rico. In 2010, a US Federal Judge ordered North Korea to pay $378mn in compensation to the families of the victims.

According to Rodong Sinmun, the official newspaper of the North Korean Workers’ Party, the Palestinian Embassy to North Korea (one of only 24 embassies in the country) issued a Mahmoud Abbas’ praise of the current and previous tyrants for “devoting to freedom and people’s happiness.” Such praise reflects Mahmoud Abbas’ own track record of hate-education, terrorism and violation of civil liberties, providing another evidence of the nature of the proposed Palestinian state.