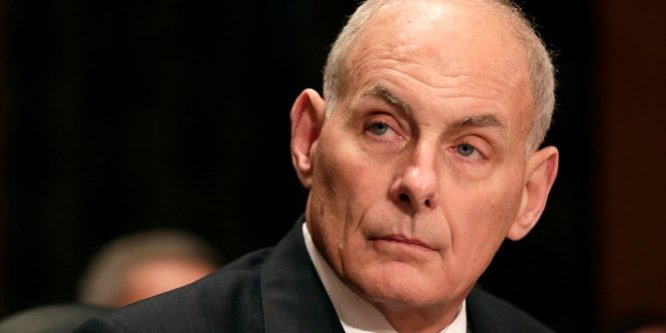 The Department for Homeland Security in the US has offered assistance Wednesday to US Jewish communities after a wave of fake bomb threats targeted them.

Department Secretary John Kelly said that due to the types of threats on Jewish Community Centers he has ordered his men to increase assistance and support to Jewish communities nationwide.

Kelly’s offer comes after 200 threatening telephone calls have been received in recent months by US Jewish community centers, organizations and schools. NY police reported that there has been a 55% rise in hate crimes in this year as opposed to the previous year. Police also stated that the hate crimes targeting Jews had increased by 94% during this period.

“I understand this against a backdrop of growing numbers of anti-Semitic incidents all over this country and all over this world, which is a pattern that has to be addressed profoundly. We’re trying to do it here in this city,” NY Mayor Bill de Blasio said. “But the backdrop is worrisome because you saw what happened with the desecration of the cemetery the other day. This is becoming more widespread, and I’ve been very clear about, an atmosphere of hate has been fostered in recent months in America, and we have to stop it.”

Officials say that NYPD officers are visiting Jewish centers more frequently, and the department is working with the FBI to help put a stop to the recent trend.

The White House yesterday hinted that those responsible for the hate calls are not anti-Semites but rather people who want to cause embarrassment to President Trump. The ADL asked for clarifications regarding this statement. At the same time US president Donald Trump for the first time spoke in Congress and condemned the anti-Semitic acts in the US. He opened his speech in Congress by condemning violence.

“Recent threats targeting Jewish community centers and vandalism of Jewish cemeteries, as well as last week’s shooting in Kansas City, remind us that while we may be a nation divided on policies, we are a country that stands united in condemning hate and evil in all its forms,” said Trump.

“I am here tonight to deliver a message of unity and strength and I’m here to deliver it deeply from my heart.