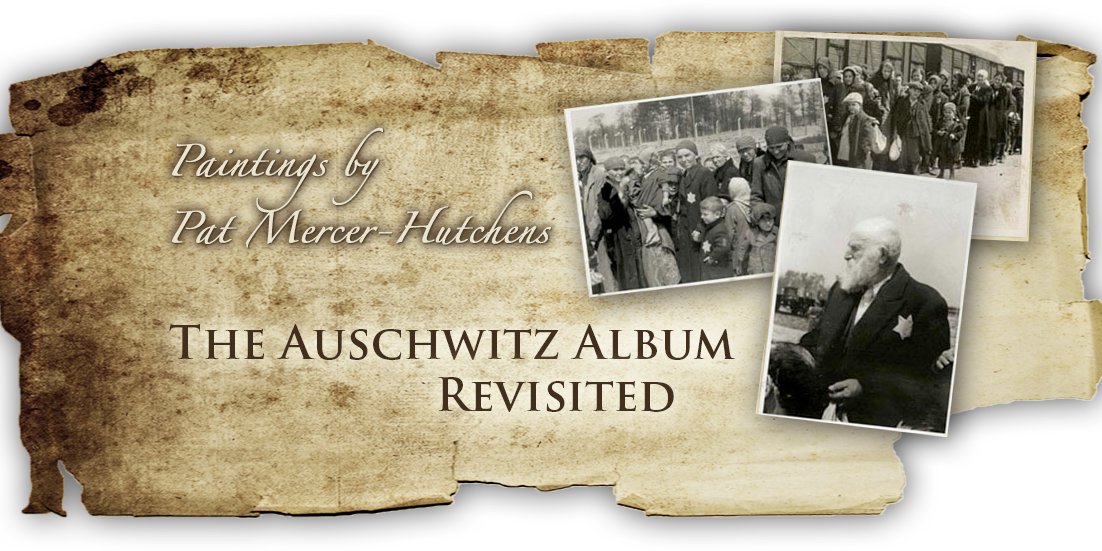 Introduction to the Shining Souls. Champions of Humanity Inaugural Exhibition at The European Parliament  – Specially for The JerUSAlem Connection Report

Among the thirty works inaugurated at the special exhibition at The European Parliament in January 2017, there is one about which I would like to say a few words for the readers of The JerUSAlem Connection Report.

This work is my dedication to a dear friend, late Pat Mercer Hutchens and it is called PAT’s SKIES. In technique, the work is fine art photography collage, and the medium chosen reflects many layers of my thoughts regarding Pat and her mission in life.

The Shining Souls. Champions of Humanity exhibition is displayed at the European Parliament and having its European premiere there in conjunction and as a part of the commemoration of the International Holocaust Remembrance Day there.

The exhibition is built as a set of 15 pairs of art works dedicated to the Champions of Humanity, a Jewish and non-Jewish persons, those who suffered and became victims of the Shoah and those who tried and did help them and who took their pain as their own. The work dedicated to Pat Mercer Hutchens is paired with the work dedicated to Rafael Chwoles, an outstanding artist, originally from Lithuania who did survive the Holocaust but whose family had been murdered in the Vilna Ghetto.

I decided to pair those two people because of their profession, both were artists, but also because of the quality of their vision which in both cases, Pat’s and Rafael’s, was emphatically warm and very human, indeed. I am sure that if they would meet in life, they would talk for many hours. As a matter of fact, Pat was telling us about several of her Jewish artist friends from Israel, and some of them did bear some either personal or professional characteristics similar to Rafael Chwoles, indeed.

Among the thirty Champions of Humanity whom I selected for the exhibition of the Brussels Edition 2017 series, most of the outstanding figures of modern history have not been with us for many years; many of them fell victims of Holocaust, the others passed away at different times. There are only four heroes among the people commemorated by the exhibition who are living today. Most recently, we lost Elie Wiesel to whose memory the exhibition is dedicated. We lost Pat almost three years ago, too, after her long and extremely brave fight against cancer.  It feels as if it were yesterday, the day when we learned about her passing.

And as many of you know when it is regards the person close to you, a dear friend, it never mends. You are living as if inside strange paradox when from one side, the place of your friend in your world is painfully empty, and when, at the same time, you do feel him or her absolutely tangibly near, and it is utterly surprising and not quite real that you cannot dial a number to chat with your friend or to see him anymore.

There are some people whose spirit was so strong and special that their presence is still felt strongly years after their passing, and in some cases, for ever. Pat was one of the rare people who possessed that quality of spirit.

As it happened, her famed series Auschwitz Album Re-Visited happened to be her last work. She painted forty works of it for several years, battling the cancer that attacked her mercilessly. She never complained and always smiled by that unforgettable smile of hers when her special eyes were radiating that spirit.

She cried a lot while painting the series. And Pat was not the type to cry easily. But her compassion towards the victims of the Shoah, the people whom she painted in her series – children, women, Rabbis, invalids, elderly, teenagers, just anyone from that Jewish community in Hungary sent to Auschwitz to be annihilated – was of such proportion that she could not hold her tears. So she painted, her face in tears, her body in pain, but her heart on the unique mission of returning the exterminated people back to life and memory; she painted hours and days away–an artistic and human testament of love, her legacy of compassion.

In the work I dedicated to Pat, a woman is praying next to Kotel, the Western Wall in Jerusalem, and the Jerusalem Skies are guarding the woman and inviting her to that unique dialogue to which every believer is inclined and is hopeful for.

Pat did love Israel, the Jewish people, the nation of Israel with all her heart. Jerusalem was quite an essential place on the Earth for her, with the Kotel as its heart. I wanted to project with my work in her memory the love that Jewish people had for her, too, that we understood her courageous stand with heartfelt gratitude, and the Skies of Jerusalem are guarding, both safely and gently, the great spirit of that incredible woman whom we were very privilege to have as our beloved friend.

Mini-Essay for the work by Inna Rogatchi (C)

Pat Mercer Hutchens, prominent American artist and devoted friend of the Jewish people and Israel, several years of her life was sitting in her studio in Virginia crying and working non-stop on a special project. She was recreating The Auschwitz Album, the only existing photographic documentation taken by the Nazis there, into the series of pictures profoundly opposite to the black and white shots taken by the Nazis for their sadistic pleasantries. In what happened to be her last project, Pat has decided to return those tortured souls photographed by their murderers, back to memory and decency. With all her love and compassion, Pat did return those annihilated people back to the life where from they all were taken so abruptly and gruesomely, to be remembered with dignity. They are among us now thanks to this outstanding woman. And so she is, too.

Pat Mercer Hutchens ( February 1937, Winnfield, Louisiana, USA –March 2014, Virginia, USA ) – renowned American artist and writer, the author of the Auschwitz Album Re-Visited series on the Holocaust; original in its concept and unique for the artist’s compassion, this artistic and humanistic research gets deep down into the depth of  Shoah.  The original series is housed by the Liberty University in their permanent art collection.

Rafael Chwoles was the one of the most talented and warm artists of the XX century. His canvases are living, breathing and engaging. They are as if transcending warmth generously onto those who are looking on

it. Despite his and his family’s very dramatic destiny, turmoil and tragedy of the Holocaust, emigration, and never leaving pain inflicted on his world by the Shoah and reflected in so many of his works, Chwoles did not become bitter, neither his paintings become dark in its mood and message. To the contrary, that brilliant artist did share with all of us very generously his inner warmth, his kindness and humanism, and the rich palette of his life. It is wonderful contribution to the humanity.

Rafael Chwoles (April 1913, Vilnius, Lithuania  – March 2002, Paris, France) – outstanding artist, member of the famous Vilnius Group of artists and writers; during the WWII he was evacuated to the Soviet territory and thus survived, but his parents and three sisters were murdered by the Nazis in Paneriai forest, the place of the horrific mass murders in Lithuania during the Holocaust. Being Polish citizen prior to the WWII, he was able to move to Poland in 1959, and from there he has moved with his family to Paris where finally he was able to work freely and productively, and also to travel with his exhibitions around the world.

Dr Inna Rogatchi is writer, scholar, film-maker, fine art photographer who works extensively on the theme of Holocaust, post-Holocaust and modern history. She is the author of The Lessons of Survival. Conversations with Simon Wiesenthal film, and of many other works on Holocaust.  More on her art and public work: The Rogatchi Foundation – www.rogatchi.org, Rogatchi Films – www.rogatchifilms.org, The Rogatchi Art Gallery – www.rogatchigallery.org