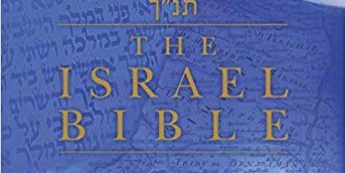 Wouldn’t it have been amazing to have witnessed a miracle like Moses parting the Red Sea, to have stood among the crowd of thousands fed by Christ using only two fish and five loaves of bread, or to have experienced some similar miracle? Where are today’s jaw-dropping spectacles? Are epic wonders only a thing of the past?

In his recent book Unanswered, a volume that was six years in the making and intends to shed light on topics that have gone largely unaddressed within today’s Church, apologist and New Testament scholar Jeremiah Johnston assures that, even in modern times, God is still very much on the move when it comes to working miracles.

In fact, Johnston says Jesus is making miraculous appearances to Muslims around the world.

“Jesus is appearing to Muslims all over the Middle Eastern world,” he told The Christian Post. The Bible scholar, who wrote a forthcoming book on the Islamic State terror group, admitted “that makes some believers uncomfortable — you know, Jesus appearing to someone. I remind them, ‘have you read Acts Chapter 9 recently? Who did Jesus appear to while he was on the road to Damascus? Saul of Tarsus.’ We don’t need to put God in a box. Believe you me, God can work apart from us.”

Although many of today’s miracles might not unfold in quite the same manner or have the same look as they did when Jesus walked the Earth, the miraculous stories of triumph and perseverance of followers of Christ are occurring like never before, esspecially within the persecuted Church, says Johnston.

The pastor is not at all surprised by God’s miraculous move within persecuted churches, recalling a visit to China where he met with a Christian missionary. The missionary and affiliated Christian churches practiced their faith in that country much like persecuted churches did in the book of Acts. In Communist China, many Christians, if they wanted their churches to survive, had to go underground.

There is a reason why many Christian Chinese churches have had to go “underground.” Many have become targets of the country’s Communist regime.

Within China’s Zhejing province, for example, the Chinese Communist Party aims to supress the growth of organized religion.

As a result, the Communist Party launched a campaign to remove crosses from Protestant and Roman Catholic churches across the province, citing that they are in violation of zoning restrictions on building heights.

In one year and-a-half the government has removed 1,200 crosses, much to the dismay of the country’s large Christian population of 67 million, as documented by 2011 figures from the Pew Research Center.

Of the country’s 67 million Christians, Pew estimates that China has 10 million Catholics, half of which belong to the state-sanctioned Chinese Patriotic Catholic Association. Millions more Catholics go to secret churches to worship. A government-approved Protestant Three-Self-Patriotic-Movement accounts for another 23 million people, while 35 million unregistered Protestants exercise their beliefs underground.

While persecuted churches across the globe seem to be full of God’s Spirit, Johnston feels like a somewhat lackadaisical western church has fallen asleep at the wheel.

“This winded, out of shape church of the West can’t figure out if we want to share all the counsel of God’s Word. I’m not surprised that God doesn’t work as mightily in a church that’s fallen asleep and been lulled asleep. … We need our Church to be awakened, and we need to have a thinking faith to be awakened — where we can see God do the miraculous and trust Him to do that, and we see that reflected right now in the persecuted Church.”

Pastor Johnston is confident that God is still very much in the miracle-working business. Christians simply need to open their eyes, he says.

“There’s not a doubt there are miracles all around us,” he told CP. “Sometimes, though, we have our heads in the sand — we just don’t see them. We don’t give God the glory for them.”

What Holidays Do Jews and Christians Have in Common?
April 5, 2018

Israeli President: Christians Are Our brothers
May 18, 2017
Spot Report: “U.N. spokesman finally gets it right”
April 9, 2017
Shabbat Shalom: The forbidden chapter in the Hebrew bible
January 5, 2017