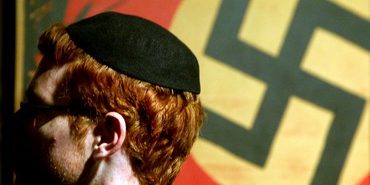 Former Vice President Dick Cheney warned that the recently inked nuclear deal with Iran is “madness” and that it will enable the Islamic Republic to wage a new Holocaust against Israel that would destroy the Jewish state in just “one day.”

Cheney’s remarks come as the Obama administration fights to push the deal through Congress, where Republicans and Democrats are divided on the issue.

Cheney warned that the Obama administration has already begun to lift sanctions on Iran despite promises to do so only when Iran reveals the full extent of its past nuclear weapons work.

The deal will lift sanctions on the Iranian Revolutionary Guard Corps (IRGC) and one of its top leaders Qasem Soleimani, who is responsible for the murder of Americans.

“By lifting the sanctions on these entities and on Soleimani himself, the Obama Iran deal aids the efforts of America’s enemies,” Cheney said.

Cheney rejected Obama administration claims that the only alternative to the nuke deal is war.

“Iran will not be convinced to … abandon its program peacefully unless it knows it will face military action if it refuses to do so,” the former vice president said, explaining that the deal could be renegotiated to strengthen America’s position. “That’s how a serious negotiation plays out.”

When the Obama administration abandoned the real possibility of a military strike, it emboldened Tehran to push for greater concessions, Cheney claimed.

“That’s how a self-respecting power with everything in the balance asserts its vital interests, insisting on key, nonnegotiable points and maintaining a credible threat of military force are the indispensable elements of serious diplomacy over the … Iranian nuclear program,” he said. “That is what the administration should have done all along.”

“Instead,” Cheney said, the Obama administration “presented us with a deal that strengthens our adversaries, threatens our allies, puts our own security at risk.”

Cheney urged congressional leaders to reject the deal and force the Obama administration to renegotiate with Iran.

The deal is “not, as president Obama claims, the only alternative to war,” Cheney said. “It is madness.”

“The vote on the Iran deal, on the nuclear agreement is ahead, and the stakes are very high,” Cheney added. “Every member of Congress swears to defend the constitution from enemies outside our shores. I took that oath ten times, and every time I put my hand on the bible, I understood that we were also pledging to defend in this great and good nation. A vote to reject this agreement will do that.”