Op-Ed: The War against Zionism 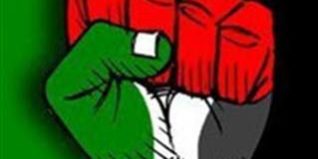 Do not think for a moment that these entrenched Arab positions are negotiable. They aren’t and never have been.

Ever since Theodor Herzl wrote The Jewish State in 1896, the Arabs, with one exception, Faisal ibn Hussein, have opposed it.

Historian Bat Ye’or wrote in her monumental study, The Dhimmi,

In the historical Arab context, Israel represents the successful national liberation of a dhimmi civilization. On a territory formerly Arabized by the jihad and the dhimma, a pre-Islamic language, culture, topographical geography (biblical towns), and national institutions have been restored to life. This reversed the process of centuries in which the cultural, social and political structures of the indigenous Jewish population of Palestine were destroyed. In 1974, Abu Iyad, second-in-command to Arafat in the Fatah hierarchy, announced: “We intend to struggle so that our Palestinian homeland does not become a new Andalusia.” The comparison of Andalusia to Palestine was not fortuitous since both countries were Arabized, and then de-Arabized by a pre-Arabic culture.

Once a region has been conquered for Islam, it is always Islamic and must be re-conquered from the infidel, regardless of the passage of time.

This is the core of the conflict. Palestine “must be re-conquered from the infidel, regardless of the passage of time”. Thus Israel must be destroyed.

In pursuance of this goal, the Arabs rejected the Partition Plan and the creation of Israel, they went to war numerous times to destroy Israel, they rejected Res 242 and shortly thereafter they decided at the Khartoum Conference to have “no recognition, no negotiations, no peace” with Israel.

In 1964, the Arab states founded the PLO with a Charter that specifically calls for “the liquidation of the Zionist presence.”

Shortly thereafter, the PLO was taken over by Arafat’s Nazi trained Fatah, whose Charter was and is similar. Its goals:

Article (13) Establishing an independent democratic state with complete sovereignty on all Palestinian lands, and Jerusalem is its capital city, and protecting the citizens’ legal and equal rights without any racial or religious discrimination.

Nothing could be clearer. It refers to “all Palestinian lands” and was written before the “occupation” in ’67.

Then in 1975 with Soviet support the UN General Assembly passed the infamous resolution (3379), “Zionism is Racism”, by a vote of 75 to 32 with 35 abstentions with the operative words:

“Zionism is a form of racism and racial discrimination.”

Chaim Herzog, Israel’s Ambassador to the UN, at the time made one of the great speeches of the Twentieth Century arguing “Zionism is Not Racism”.

Though the US, led by the late Ambassador Patrick Moynihan, vehemently objected also, a month later it did not veto a proposal to seat the PLO as observers in the UN Security Council. No non-state had ever been accorded such recognition.

The Cold War Soviet Union doctrine of Zionology was sponsored by the Department of propaganda of the Communist Party and by the KGB. It stated that Zionism was a form of Racism and Similar to Nazism. As communism was against Racism, and Zionism was largely formed under strong leftist and socialist influences this presented some difficulties for the Soviet Union. They solved this by misrepresenting Zionism, and focussing on its links with America. Much anti-Zionist propaganda was produced by the Soviet Union, much of it was antisemitic and in cases Nazi propaganda and old Tsarist antisemitic material was reproduced. The UN also started producing anti-Zionist propaganda. Using resolution 3379 as a moral basis, UN educational publications spread anti-Zionist dogma throughout the world.

In 1991, with the fall of the Soviet Union, the UN General Assembly revoked resolution 3379, admitting it had been mistaken to label Zionism as racism. The motion to revoke 3379 (General Assembly Resolution 4686) is one of the shortest in history and passed with 111 for and only 25 against.

Nevertheless, this odious charge persists like the infamous Protocols of the Elders of Zion.

In the negotiations prior to the Oslo Accords in 1993, the Fatah Charter became an obstacle. Arafat agreed to amend it. This was a precondition. Yet no such amendment was effected necessitating this letter from Arafat to President Clinton in 1998:

In the mutual recognition letters between myself and the late Prime Minister Itzhaq Rabbin of September 9/10, 1993, the PLO committed to recognize the right of the State of Israel to exist in peace and security, to accept UN Security Council Resolutions 242 and 338 and to a peaceful resolution of the conflict between the two sides. The PLO also agreed to secure the necessary changes in the Palestinian Covenant to reflect these commitments.

Accordingly, the P.N.C. was held in Gaza city between 22-25 of April 1996, and in an extraordinary session decided that the “Palestine National Charter is hereby amended by cancelling the articles that are contrary to the letters exchanged between the P.L.O and the Government of Israel on 9/10 September 1993”.

Yet the Charter is still not amended.

Daniel Pearl penned an essay, Anti-Zionism is Racism in which he wrote, “anti-Zionism is a form of racism more dangerous than classical anti-Semitism”. Could be.

More recently Judea Pearl, father of Daniel Pearl, penned an essay, Anti-Zionism is Racism in which he wrote, “anti-Zionism is a form of racism more dangerous than classical anti-Semitism”. Could be.

Just prior to 9/11 the U.N. hosted a World Conference Against Racism at Durban. It became a hatefest of anti-Zionism as was intended. “Zionism is racism” was actively promoted to deligitimate Israel. Durban II in 2009 was just as bad.

In the run up to Annapolis, House Republican Whip Roy Blunt (R-MO) introduced H.Res.758 jointly with Rep. Shelley Berkley (D-NV). This resolution called on PA and Mahmoud Abbas, also chairman of his Fatah Party, to officially renounce ten articles in the Fatah Constitution that call for Israel’s destruction and acts of terrorism against the Jews.

The Council of Presidents of Major American Jewish Organizations issued a statement to the effect that if Abbas is serious about making peace with Israel, he must officially and publicly amend the Fatah charter as a “confidence-building measure which would help to create a better environment to achieve progress in the peace talks.”

While AIPAC supported the Blunt resolution, it also supported increasing aid to the PA without regard to the Charter.

The Donor’s Conference in Paris pledged $7.4 billion to the PA for the next three years. No one demanded that the Charter be amended, that terror stop or that there be accountability for the funds.

And then Fatah began the game of reconciliation with Hamas.

The Hamas Charter is virulently anti-Semitic and uncompromising in its goal of ridding Palestine of the Jews. It declares that: “all Palestine is Islamic trust land, can never be surrendered to non-Muslims and is an integral part of Muslim world.”

“ initiatives, the so-called peaceful solutions, and the international conferences to resolve the Palestinian problem, are all contrary to the beliefs of the Islamic Resistance Movement. For renouncing any part of Palestine means renouncing part of the religion;”

Ismail Haniyeh, speaking for Hamas, has said, “We will never recognize the usurper Zionist government and will continue our jihad-like movement until the liberation of Jerusalem,”

Everyone is determined to ignore this, or worse, to live with it.

But the bottom line is that the Arabs want Palestine to replace Israel. This goal is reiterated by all boycott movements, by the International Solidarity Movement (ISM) and Muslim Student Association (MSA), by Iran when it calls for Israel to be “wiped off the map”, by the PA which publishes books with maps showing Palestine in place of Israel, by Hamas and by many UN agencies and NGO’s.

And they are not alone. The idea of a Jewish state is considered by the Jewish left as an anachronism, retrograde and even racist. Pipes commented on this in Zionism’s Bleak Future.

In my article Jewish Israel is the key to its survival, not its end I reviewed the liberal/left opposition and argued,

The endorsement of the two-state solution is a sham for western consumption. The demand for a “just solution to the Palestinian ‘Refugee’ problem to be agreed upon in accordance with UN General Assembly Resolution 194”, otherwise known as the so-called “right of return”, vitiates any recognition of the two-state solution because it effectively is intended to destroy the state of Israel.

The war on Zionism continues.