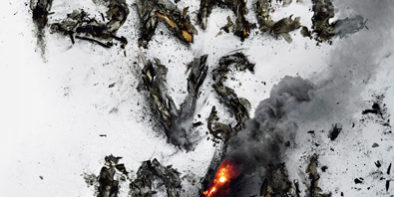 While negotiations between Iran and world powers have reached an interim agreement ahead of a June 30 deadline for a final deal, Bolton predicts that the Iran negotiations are “doomed to failure.”

“I don’t think Iran has any intention of giving up its efforts to get deliverable nuclear weapons,” said the former ambassador. “Even if a deal is signed sometime in the summer I think the ayatollahs will violate it even before the ink is dry.”

Lending credence to those suspicions, top Iranian officials have said they will start using advanced IR-8 centrifuges that are 20 times as effective as standard ones as soon as a deal is reached, even as the US asserts a deal will limit the usage of advanced centrifuges.

According to Bolton, the West doesn’t have enough knowledge about Iran’s covert nuclear program, nor does it possess any sufficient mechanism to monitor possible violations of a future deal, meaning such a deal will only “legitimize Iran’s path to nuclear weapons.”

So why is US President Barack Obama so earnestly pressing for a deal with Iran?

In Bolton’s estimation his actions stem from a belief that negotiations can change the nature of the hostile Islamic regime, because Obama “is driven by an ideology that sees American influence as part of the problem, and if he can show the ayatollahs that we are no threat to them that they will happily give up their 30-year pursuit of nuclear weapons. I just think that’s flatly wrong.”

Faced with the threat of a nuclear armed Iran, Israel will have to choose whether to strike Iran’s nuclear facilities based on estimations that within the next 20 months Iran will be able to produce a nuclear arsenal.

Israel must decide soon, he added, because once Iran has the bomb, “any attack would risk nuclear retaliation.”

In the case of an Israeli strike on Iran’s nuclear sites, the Jewish state will have Congressional pressure to help it against Obama’s antagonism to such a development, according to Bolton. Ahead of such a strike it will need to stress how the attack is part of its legitimate right to self-defense, and after the strike it will need to resupply with US aid.