Wiesel asks Obama to please join him in hearing Netanyahu out 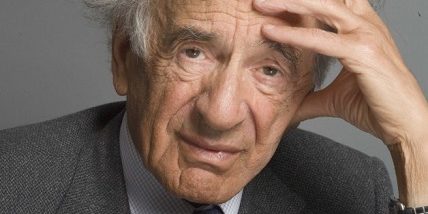 Elie Wiesel, Holocaust survivor and Nobel Peace Prize winner, is publicly supporting Benjamin Netanyahu‘s address to Congress and has a full-page newspaper ad out asking Congress––as well as the White House––to do the same.

Wiesel writes about the “catastrophic danger of a nuclear Iran” and how he fully intends to be present when Netanyahu speaks. He says, “President Obama, Vice President Biden, distinguished members of Congress, I ask you –– As one who has seen the enemies of the Jewish people make good on threats to exterminate us, how can I remain silent?”

He asks them to “put aside the politics” and hear Netanyahu as he speaks. 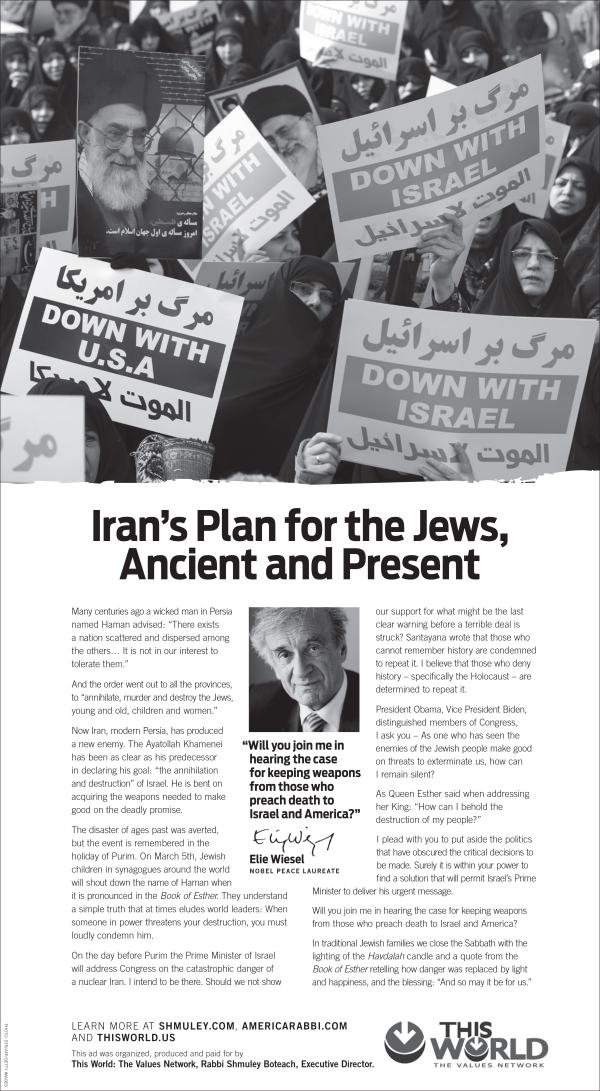