The courage to pack up and leave 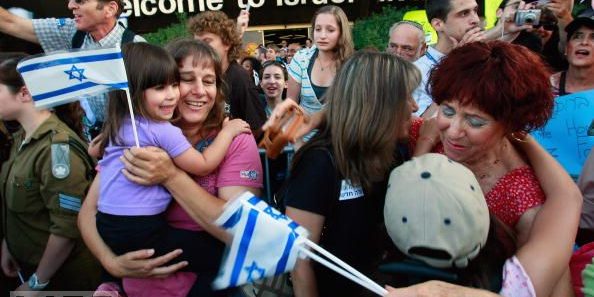 ‘Picture the sudden change it was for him, without knowing how to read or write or even speak the language,” my father wrote in a memoir about his father’s coming to America from Russia in 1910. “They were the brave, the daring, the pioneers … our parents.”

Through the ages, Jews have had to uproot themselves from regions their ancestors had inhabited for generations (my father’s family had lived in the same village for more than 150 years) and move to strange new lands. Usually some form of anti-Semitism precipitated the change, and most often Jews endured a great deal before they decided to go. For my grandparents there were pogroms and government confiscation of property; for Europe’s Jews of the Second World War, Nazi brutality drove people out and doomed the millions who could not escape. Today, again, we have been witnessing virulent anti-Semitism in Europe, perpetrated this time by Muslim extremists, and the question of whether Jews should pack up and go has arisen once more. Today, of course, they have a place to go to — Israel, which, as the prime minister said, will welcome them with open arms.

French Jews, who make up Europe’s largest Jewish community, have seen the steepest rise in anti-Jewish incidents, hitting a peak last month with the killing of four Jews at the Hyper Cacher kosher market. “They’re crazy to stay on in France,” a friend says. “What are they waiting for, another Holocaust?” It’s a subject many of us have been discussing at length and that has been debated in this newspaper and others. Having just marked the 70th anniversary of the liberation of Auschwitz, we are only too aware of the end-result of Jew hatred.

Yet, in all the talk little attention has been paid to one crucial matter: What it is like to leave one’s home and community and become an immigrant in an unfamiliar land. We don’t usually speak of immigrants as “brave” and “daring,” as my father did of his parents, especially if they’ve been forced to flee, but the words are certainly apt. I think about my husband and his parents, who came to America in 1941 as war engulfed Europe. My father-in-law had been a prosperous diamond merchant in Antwerp, Belgium, where the family lived in a large, airy apartment. When he determined that they had to get out, they left everything behind them, except for some diamonds my mother-in-law sewed into the lapels of their clothes so they could bribe their way across Europe. Along with other refugees, they walked through farmlands and back-roads until they reached a harbor and a ship that carried them to Cuba, eventually making their way to New York. There they started over, moving into a tiny, dark apartment, where my husband slept on the sofa — he didn’t have a real bed until we married. My father-in-law worked long hours as a diamond polisher, never regaining his confidence or his position as a merchant, always worried about debts and creditors. When I started dating my husband-to-be, some of my friends were shocked that I would go out with a “greenhorn.” They laughed at his clothes, particularly his European-style winter coat with its belted back; he was still so out of touch with American ways.

Like all immigrant communities, the Belgian Jews clung to each other, living in the same neighborhoods and praying together in a small room above a Woolworth’s on Broadway and 80th Street. My husband’s closest friend since childhood, Rudi, who came from Hamburg, recalls how his family and other German Jews held services on the High Holidays in one another’s apartments, following their “yekeshe” customs, singing their old tunes, and crying for those they had left behind. To be sure, the refugees who made it to America cannot in any way be compared to people who suffered the misery of the camps or were slaughtered by the Nazis. But immigrant life had its own difficulties, not to be taken lightly.

Certainly, also, French Jews who move to Israel now (more than 7,000 last year alone) have a much better time of it than the World War II refugees had coming here. Still, it’s not easy. An American friend who made aliyah recently spoke of struggling to adapt to a different culture: the language, the food, the health-care system, and even little things like where to park a car or how to mail a letter. With time, immigrants do adjust, and they enhance their adopted country — a variety of French cheeses and baked goods are already appearing in Israeli marketplaces.

So, should Jews leave France? Maybe. But safely ensconced as we are here in the United States, we need to be especially sensitive about offering advice. It does take daring and courage to be an immigrant, under any circumstances.

Francine Klagsbrun’s book, “The Fourth Commandment: Remember the Sabbath Day,” is now an e-book. She is currently writing a biography of Golda Meir.