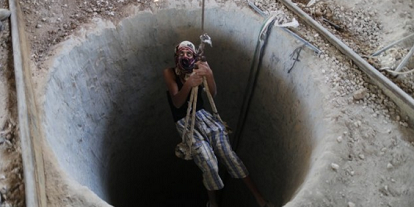 When violence flares between Israel and the Palestinians, it always becomes a game of numbers, the facts and root causes of the confrontation be damned.

And so, Israel always ends up being the loser, given that it actually tries to protect the lives of civilians, and far more effectively uses its military might to slay the enemy.

In other words, Israel will always suffer less casualties, and will therefore always be blamed.

The Palestinians, and in particular Hamas, know this well, and work to further game the system by artificially inflating casualty figures and manipulating their interpretation.

This is to be expected. What really gets Israelis frustrated is that the world happily plays along with what couldn’t be a more transparent deception.

Mid-way through the latest Gaza war, US President Barack Obama was rumored to have told Prime Minister Benjamin Netanyahu that 1,000 dead Gazans was the limit before Israel would start to face heavy international pressure.

But upon whom would the world rely for those casualty figures? And who would differentiate between the number of civilians and combatants killed in the action?

Why, the United Nations, of course! But wait, from whom did the UN get those numbers? From none other than Hamas itself, the very entity busily engaged in a global public relations war against Israel.

Belatedly, a number of major media players are calling into question the veracity of the figures provided by the Hamas Ministry of Health and the UN’s presentation thereof.

An analysis by The New York Times revealed what Israeli bloggers had been pointing out for weeks: that a disproportionate percentage of the casualties were men of fighting age.

According to the article:

Why were only 1,431 names examined? Didn’t over 2,000 die in Gaza? Well, maybe. Hamas was also caught duplicating names on the list of casualties provided to the media and the UN, which themselves didn’t bother to check for such inconsistencies.

Not wanting to be left looking the fool, the BBC also quickly changed its tune, admitting that “if the Israeli attacks have been ‘indiscriminate’, as the UN Human Rights Council says, it is hard to work out why they have killed so many more civilian men than women….In conclusion, we do not yet know for sure how many of the dead in Gaza are civilians and how many were fighters.”

The Washington Post had already noticed that something was awry much earlier, with one of its lead bloggers lamenting that “the media has engaged in journalistic malpractice by reporting casualty figures for civilians coming from Gaza as gospel.”

Much closer to reality is a detailed analysis by the Meir Amit Intelligence and Information Center, which found that there was a rough 1:1 ration of combatants to civilian casualties in Gaza. If accurate, such a ratio would be unprecedented for modern urban warfare, and would speak highly of Israel’s efforts to avoid civilian casualties.