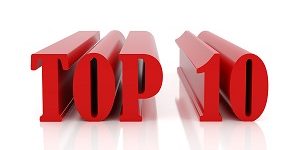 By SHARONA SCHWARTZ, THE BLAZE—

In their effort to avoid detection by the Israeli military, Hamas militants in Gaza have employed tactics including traveling in ambulances, hiding in hospitals, dressing up in Israeli army uniforms, concealing rockets in United Nations schools, concealing tunnel entrances near mosques and using animals for suicide missions.

The Israel Defense Forces posted video online it said showed two Palestinian militants entering an ambulance as they left a building being tracked by the IDF.

In the video, a third person wearing what appeared to be a medical worker’s white coat suggested that Hamas militants are either dressing as medical personnel to avoid detection or that Gaza medical workers are providing them direct aid. It should be noted that Hamas runs the health ministry in Gaza. The tactic worked; the IDF let the ambulance drive off unharmed.

Reporters on the ground in Gaza have pointed out that Hamas is using Gaza’s main Shifa Hospital as its headquarters. The Washington Post reported July 17 that the Gaza City hospital “has become a de facto headquarters for Hamas leaders, who can be seen in the hallways and offices.”

The Post reported the next day that Hamas spokesman Sami Abu Zouhri spoke to reporters “standing in front of” the hospital.

Wall Street Journal correspondent Nick Casey posted a photo on Twitter of a Hamas spokesman being interviewed on camera at Shifa Hospital.

“You have to wonder w the shelling how patients at Shifa hospital feel as Hamas uses it as a safe place to see media,” Casey tweeted July 21. He later removed the tweet and the photo. The Jewish American website the Algemeiner posted an article with a screenshot of the photo before it was removed:

A Washington Post correspondent on June 17 saw Palestinian militants hiding rockets in a Gaza mosque. The Post reported that during a five-hour humanitarian ceasefire last week, “a group of men at a mosque in northern Gaza said they had returned to clean up the green glass from windows shattered in the previous day’s bombardment. But they could be seen moving small rockets into the mosque.”

The IDF posted an aerial photo it said showed the spot between a mosque and a school where the entrance to a tunnel was concealed. Hamas has built a network of sophisticated tunnels allowing armed gunmen to sneak into Israel from underground. During one Hamas tunnel attack that was thwarted, the IDF said the militants were armed with handcuffs and tranquilizers, suggesting they were aiming to kidnap Israelis.

Hamas knows the international outcry that would ensue were Israel to bomb a mosque, so it found in the house of worship one of the safest hiding places it could for storing its ordinance and breaking ground for its tunnels.

For the second time in one week, the United Nations Relief Works Agency, which provides services to Palestinians claiming refugee status, admitted that Hamas had been hiding rockets in its schools.

In its second announcement Tuesday night, UNRWA said it had discovered a hidden rocket cache in a vacant school. The agency said the school in which the rockets were found happens to be situated between two other UNRWA schools that are currently housing 3,000 Palestinians who have fled their homes.

“UNRWA strongly and unequivocally condemns the group or groups responsible for this flagrant violation of the inviolability of its premises under international law,” the agency said in a statement.

While the agency put out an official statement, UNRWA’s chief spokesman in Gaza, Chris Gunness, did not immediately post the news on his very active Twitter account; the agency and its spokesman have been accused by Israel supporters of promoting the Palestinian narrative.

• Dressing up as Israeli soldiers

Two squads of heavily armed Hamas gunmen infiltrated Israel through a network of tunnels with the suspected aim of attacking a nearby Israeli community on Monday. In an ensuing gunfight with the IDF, all 10 terrorists were killed as well as four Israeli soldiers. The IDF later said that all of the Hamas militants were disguised as Israeli soldiers, wearing exact replicas of IDF uniforms, from their head coverings down to their kneepads and standard issue military boots. Some were also wearing explosives-packed suicide vests.

This footage from the IDF shows the bodies with the full IDF attire:

• Dressing up as women

Correspondent Janis Mackey Frayer of Canada’s CTV News tweeted July 20 that she saw a Palestinian gunman in Gaza dressed as a woman, complete with Islamic headscarf. Her message has been retweeted more than 650 times.

A reporter for Canada’s Globe and Mail newspaper also reported about militants dressed as women, but with a major twist: During the short truce on Sunday, several armed Palestinians were seen scurrying from the scene, some wearing women’s clothes, one disguising a gun as a baby.

“Some bore their weapons openly, slung over their shoulder, but at least two, disguised as women, were seen walking off with weapons partly concealed under their robes. Another had his weapon wrapped in a baby blanket and held on his chest as if it were an infant,” the Globe and Mail reported.

Hamas on July 18 sent a donkey laden with explosives toward an IDF position in Gaza, the IDF said.

Britain’s Telegraph newspaper described the suicide mission as “one of the most unconventional tactics yet seen in the fighting in Gaza.”

The troops said they were forced to open fire on the animal before it reached them.

“They used this donkey as a human shield, or an animal shield, if you like,” Israeli army spokesman Major Arye Shalicar said. “Anything, an animal or an international building, that can help make use of innocent people or international , they will use it. We see it time and again.”

TheBlaze has reported on the network of concrete tunnels Hamas has spent years digging with the express purpose of using them to kill and kidnap Israelis.

The Washington Post reported that Hamas is believed to have invested more than $1 million into excavating and maintaining each tunnel. The IDF has so far uncovered several dozen such tunnels, some of which span more than a mile. Compare this with the poverty of the Gaza Strip which has a per capital income of about $1,165, according to the Post.

The IDF tweeted this photo on Wednesday showing what it said was the entrance to a tunnel found hidden in a Gaza home:
Given Hamas’ dedication to planting its war machine among civilians, houses of worship, medical facilities and schools, Israel faces a major challenge in dismantling the infrastructure without incurring large Palestinian casualties.

Israeli Ambassador to the U.S. Ron Dermer on Tuesday addressed the issue at the Christians United for Israel summit.

“Some are shamelessly accusing Israel of genocide and would put us in the dock for war crimes,” Dermer said, according to the Times of Israel. “But the truth is that the Israeli Defense Forces should be given the Nobel Peace Prize … a Nobel Peace Prize for fighting with unimaginable restraint.”

“I especially will not tolerate criticism of my country at a time when Israeli soldiers are dying so that innocent Palestinians can live,” Dermer added, referring to the military ground operation which places Israeli soldiers in direct risk due to the challenge of bombing Hamas sites from the air without taking down the nearby mosques, schools and hospitals in which they are hidden.