‘A new chapter of hope between Jews and Christians’ in Israel 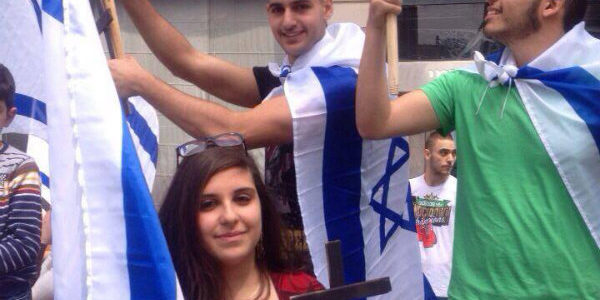 The move comes after years of encouragement by the Nazareth-based Israeli Christian Recruitment Forum for young Arabic-speaking Christians to voluntarily join the IDF so as to better integrate into Israeli society.

Israel Today has repeatedly reported on the activities of the forum, whose leaders have long insisted that local Christians can only expect equal opportunity when they decided to take on equal responsibility.

The forum has had great influence on a number of recent government decisions, most notably the passing of a law in February that officially recognized local Christians as an independent minority.

Israel Today sought out the reaction of the spokesman for the Israeli Christians Recruitment Forum, Maj. (ret.) Shadi Khalloul. This is what he had to say:

“The Israeli Christian Recruitment Forum welcomes this brave decision by the defense minister and the IDF chief of staff. Though the (recruitment) orders are voluntary, they demonstrate the seriousness and firm desire of the state to incorporate and promote the Christian population.

“This is a historic decision and the start of a new chapter, a chapter of hope between Jews and Christians in the State of Israel. It will allow young people from the Christian community to more seamlessly integrate into Israeli society and to more easily climb the ladder of progress in both military and civilian life.

“The Christian community is an important strategic asset for Israel and its security. Christians are one of the best educated communities in the country, meaning our young people can make a significant contribution both to the IDF and the state.

“We believe the IDF is a central component of Israeli society that can bring the various populations together so that in unity we can build a better future for everyone, while also ensuring the security of our community and the democratic Jewish state. is an important step toward equal opportunity. the rights and duties.

“The time has come for Christians to take it upon themselves to strengthen their position alongside the Jews. We see what is happening in the Arab countries. They lived the lie of unity and ignored the impending danger until it was too late. Conscription to the IDF is a small part of strengthening a community that seeks to live in peace and security with everyone. It seems that is the only way defend against the broad array of enemies.”