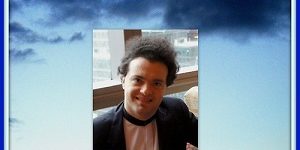 The Rogatchi Foundation salutes to Evgeny Kissin, a new citizen of Israel.

On Chanukah eve, very special news has become public: the outstanding musician of our time, maestro Evgeny Kissin, is going to receive Israeli citizenship on December 7th, two days before his charitable recital in Jerusalem.

The state of Israel is providing the citizenship to the citizen of the UK maestro Kissin in recognition of his outstanding public stand on behalf of Israel, in accordance with the corresponding law of the country passed in 2004. Famous dissident, the current head of the Jewish Agency for Israel Sochnut Natan Scharansky has addressed the Israeli government on the issue with his support of providing Israeli citizenship to Evgeny Kissin.

Kissin’s devotion to Israel is manifested in many ways and walks of life, from the musician’s public stand against the BBC customary bias towards Israel, to Kissin’s charity concerts in Jerusalem in support of the young musicians coming to study to the capital of Israel.

In May 2013, Evgeny Kissin has been awarded The Artist of the Year Award by the biggest in the USA Jewish Children’s Museum in New York. Also in May 2013, Kissin had been celebrated at the annual charity gala at the YIVO institute in New York for his mighty creative input in the world of the Yiddish culture. At the event, the YIVO’s chairman Elie Wiesel was sharing his cheering and amazement on the way the giantly talented musician also contributes largely into the world of literature – which is only natural for the person that Evgeny Kissin is. With all might and nobility of his perception of the world, Evgeny also publicly supports causes which need the public’s attention – he was an instrumental force in organising famous concerts of the international stars in Strasbourg in support of Mikhail Khodorkosvky in 2010. He was actively and readily supporting The Rogatchi Foundation campaigns in support of the Jewish orphans in Ukraine in the efforts to help them with receiving a proper education. In February 2014, maestro Kissin would be giving a special concert of  Jewish music at the Kennedy Centre in Washington DC, participating in the Charles and Robbin Krauthammer’s Pro Musica Hebraica festival.

He is known as ‘Pianist for Freedom’, and he lives up to his understanding of it. He is also known as a fair and strong advocate for Israel all over the world. Being an eight-year old boy and then living under the full-sized Soviet totalitarianism, Evgeny has decided on his ‘epitaph’-to-be. The boy decided that on his stone, there should be written: “Here lies Evgeny Kissin, the son of the Jewish people”.

For anyone familiar with the Soviet realities, this moral act of the boy alone gives all characteristics of the person and his devotion to his people and their country. When the boy grew up and has become an outstanding musician adored by millions all over the world, the star giving the interview on the eve of his big charity recital in Jerusalem, answered he question on what he would like to say to the Jerusalem’s inhabitants, similarly laconically : ” I envy you”. In between, a titan of the world of music is studying the language of his grandparents, creates his masterly poetry in Yiddish, and records two albums of reciting the Yiddish poetry in powerful and fully professional way. Talking with us on receiving the citizenship of the state of Israel, maestro said: “I would like to support Israel in this way, too”.

Consciously and determinedly, Evgeny Kissin supports the state of his people with all his talent, and huge resources of his firm and beautiful Jewish soul.

These kinds of souls are behind the miracles which are quite an essential element of the entire Jewish history and the Jewish way of life.

The news on the Evgeny Kissin’s Israeli citizenship has become public on the eve of Chanukah  – the holiday of a miraculous power of light. Not surprisingly, Chanukah occurs at the darkest time of every given year, to contradict the power of darkness. With people like Evgeny Kissin, Jewish people – and the rest of the world – can be assured that the concept of a miracle is more realistic than many of the short-sighted and under-educated foes of Israel could have ever imagine.

The Rogatchi Foundation salutes our dear friend and the member of our International Advisory Board maestro Evgeny Kissin whole-heartedly. The 5774 Jewish year Chanukah is exemplified, to us, by the power of enlightened spirit of the wonderful son of Jewish people Evgeny Kissin.

Documentary: The Story of the Ethiopian Jewish Community Searching for a Way Home
November 5, 2020