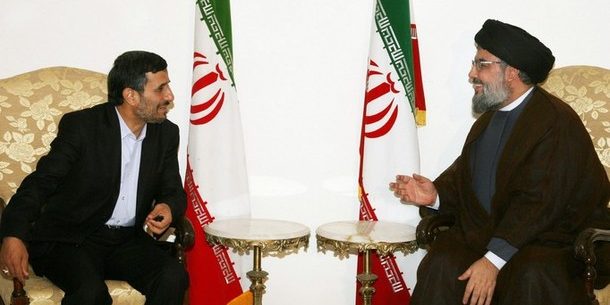 Lebanon’s mulch-religious society has become a tinderbox since Hezbollah, who dominates the government, announced their military assistance to President Assad in Syria.

But the Sunni-Shiite divide in Lebanon is only a microcosm of what is occurring elsewhere in the Middle East. The two major sects of Islam, never at peace even in the best of times, now find themselves lining up to support their coreligionists in Syria. From the Gulf, to Iraq, Sunnis are rallying to the revolution in Syria while the Shiites are supporting the regime.

It is a recipe for a religious war that could engulf most of the region.

George Sabra, interim head of the opposition Syrian National Coalition, charged Hezbollah, along with majority-Shiite Iraq and Iran, of pushing the situation towards a “sectarian conflict”.

“What we are fearing now is that the whole region could drown in a sectarian-fueled conflict which in effect is a series of civil wars including Lebanon, Iraq, and of course Syria itself,” says Salman Shaikh, director of the Brookings Doha Centre.

Fighters from Shiite Hezbollah openly spearheaded a 17-day assault on the Syrian town of Qusayr near the Lebanese border which culminated on Wednesday with its recapture from the rebels by pro-government forces.

The battle for Qusayr further stoked the already-simmering sectarian tension across the region, the analysts say.

Assad’s regime is dominated by members of the Alawite minority, an offshoot of Shiite Islam, while Sunnis make up the majority in Syria and the Muslim world.

Hezbollah’s “association with the conflict on sectarian lines is creating tensions in Lebanon and in the wider Arab world,” says Shaikh.

Iraqi Prime Minister Nuri al-Maliki, whose Shiite government is facing a wide Sunni-led opposition, warned Sunday of “a storm passing through the region. It is a brutal sectarian storm.”

Funerals were held in Iraq last month for men killed in Syria fighting alongside Assad’s forces.

Although a historical conflict, the Sunni-Shiite divide is “now different… because it has become based more on a political background than a religious one,” says Abdulla.

Saudi Arabia, home to Islam’s holiest sites, is seen as the regional power protecting Sunnis while Iran has become a reference for all Shiites, he says.

Lebanese columnist Hazem Sagheye sees that the Syrian crisis “has morphed into a cross-border Sunni-Shiite line-up.”

He argues that Damascus can stir trouble in surrounding countries through “holding cards” — groups loyal to Assad’s regime.

Lebanon officially adopted a position of neutrality towards Syria’s conflict but its people are sharply divided with Shiites mostly backing Assad while most of the Sunnis support the rebellion.

Fighters from both sects have joined the battle on opposite sides.

What makes the situation so incendiary is that there has been a political element added to the usual tensions between the two sects. At stake is the Levant, a traditional crossroads of civilizations that has recently seen an upside down power structure: Sunni majority Syria ruled by Shiites and Shiite dominated Iraq formerly ruled by Sunnis. Saddam Hussein’s wretched Sunni regime is history and Assad’s corrupt government may be on the way out. With these traditional power arrangements being overturned, both sects feel threatened.

The conflict in Syria may spill over into Lebanon if the Sunni rebels begin attacking Hezbollah in their southern strongholds. So far, there appears to be the restraining hand of Saudi Arabia (acting as our proxy) preventing that.

But if the rebels – or Assad – get desperate, anything is possible. And that includes a region-wide clash between Sunnis and Shiites that would lead to instability in a half dozen countries.