American Support For Israel Steady–With Exceptions On The Left 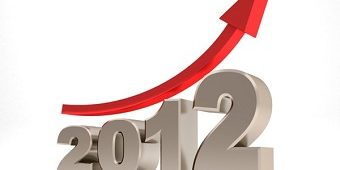 The newest Pew poll of American opinion about the Middle East shows support for Israel steady, with exceptions.

Here is the bottom line:

But within the stable totals, there lie important differences:

Those are remarkable numbers: conservative Republicans are more than twice as supportive of Israel as liberal Democrats, among whom support for Israel is not very much greater than support for Palestinians. When I point out these numbers, and others like them, to Democratic Party leaders they usually get angry and say “Israel should not be a partisan issue. Stop making Israel a partisan issue.” That’s a foolish reply, for every poll I have seen in recent years gives the same general result. Support for Israel on the Left–in Europe, in America, in the Democratic Party–is eroding. That’s an obvious fact.

It is visible in Pew’s religious data as well:

But among white mainline churches, support for Israel drops twenty points to 47%. For Israel’s supporters in the American Jewish community, all this data shows where friends and allies are and where they are not: they are on the right, not on the left.

Of great concern to supporters of Israel will also be the age data, showing that support for Israel drops sharply among the young: 58% of those over 65 but only 38% of those under 30 sympathize more with Israel.

The Pew poll also asks about intervention in Syria, and finds that it has little support.

As fighting in Syria rages on between government forces and anti-government groups, the public continues to say that the U.S. does not have a responsibility to do something about the fighting there. And there continues to be substantial opposition to sending arms to anti-government forces in Syria….Only about quarter of Americans (27%) say the U.S. has a responsibility to do something about the fighting in Syria; more than twice as many (63%) say it does not….Similarly, just 24% favor the U.S. and its allies sending arms and military supplies to antigovernment groups in Syria, while 65% are opposed.

As to Syria, partisan differences are small. The only recent crisis where a majority said the United States had some responsibility to act was Darfur, where 51% said yes and only 36% said no in 2006–presumably because it was viewed as a case of true genocide, and I would guess because so many churches paid close attention to Sudan.

These numbers help explain why the Obama administration has been so passive about Syria: it believes public opinion does not favor action. But what is cause and what is effect? The administration’s passivity reflects but also molds public opinion, and real leadership in Washington might have produced different public views. As to Israel, the polls show that in the president’s own party, and among his best supporters on the left in that party, sympathy for Israel is falling. Here too one may wonder what is cause and what is effect. Has the president’s apparent lack of deep enthusiasm and understanding for Israel moved opinion on the left, or does it reflect that opinion?