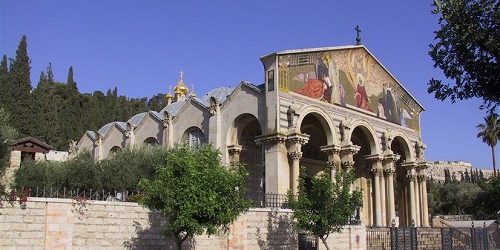 “Put your sword in its place, for all who take the sword will perish by the sword.” Matthew 26:52

In our part of the world it’s routine to experience the sight and sounds of a proud and powerful train engine lumbering down the tracks, and normally we keep a sharp eye out for the caboose that never seems to pass quickly enough when we’re late for school or work.  But who notices the railcar hooked to the caboose?  Chances are you don’t know a thing about ol’ Simon the Zealot either.

In the books of Matthew and Mark, where we find lists of the twelve disciples, Simon is the eleventh disciple named.  Right before the caboose—Judas Iscariot—who always appears last.  Another famous Simon—Simon Peter—gets named first in each of the lists.  Peter turns heads.  Simon the Zealot passes by unnoticed.

Why does the Bible call him a Zealot?  Calling him Simon the Zealot is like saying Simon the Republican or Simon the Democrat.  In Jesus’ day Zealots were an organized political party known for their hawkish ideology.  They longed to defeat the Roman legions who had occupied their homeland of Israel for decades.  The Zealots were fanatical patriots, often willing to do whatever it took to send their unwelcome conquerors packing.   Not all Zealots were willing to compromise their integrity for the sake of victory, but certainly some did.  Not all Christians would bomb abortion clinics or deface objectionable art in the name of God, but sadly some do.

It’s quite interesting, don’t you think, who God picks for his disciples?  On the one hand, there’s Simon the Zealot, the rebel disciple, who wants to overthrow the Romans.  On the other hand, there’s Matthew, the outcast disciple, who works as a tax collector for the very same government that Simon despises.

In any event Simon lived by the sword, defending freedom and promoting hope for his countrymen.   Who can fault Simon for wanting to be free?  But when Jesus called to Simon, “Follow Me,” Simon would lay down one sword only to pick up another.  The Bible tells us that it too is a sword—one far more powerful than anything forged by man (Hebrews 4:12).

Not long after Jesus’ resurrection the disciples asked him, “Will you at this time restore again the kingdom of Israel?” (Acts 1:6).  That sounds like something Simon would ask.  Out with the Roman king.  In with a Jewish king.  And the sooner the better.  But Jesus responded, “It is not for you to know times or seasons which the Father has put in His own authority.  But you shall receive power when the Holy Spirit has come upon you; and you shall be witnesses.”

Jesus said in effect, “I’m looking for witnesses, not warriors.  Don’t be a rebel.  Be an evangelist.”

Could it be time to lay down your weapon and pick up the Word of God?  Now is always the right time to follow Jesus.