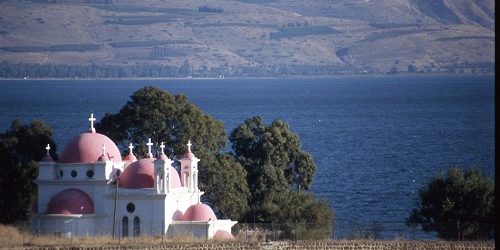 “God has chosen the weak things of the world to put to shame the things which are mighty.” 1 Corinthians 1:27

Sometimes its “four eyes” or “freckle face.”  Sometimes its “fatso” or “big nose.”   We’ve all heard a little more of that during our childhood than we might care to discuss.  Even Rudolph—one of our most loved, fictional, Christmas heroes—initially received ridicule for being the “red-nosed” reindeer.  Dasher, Dancer and their other six sleighmates decided that the cherry-nosed youngster didn’t deserve to participate in any of their games.  Rudolph only wanted to fit in, but instead found himself on the outside of all the fun—an outcast.  Just for being a “red-nosed” reindeer.  If you’ve been judged unfairly during your lifetime, then you can relate to Rudolph.

You might also be able to relate to Matthew, one of Jesus’ twelve disciples.  Some would argue that Matthew deserved the treatment he received from his contemporaries.  After all, Matthew not only chose a universally polarizing vocation—tax collector—but Matthew hired out his services to the enemy.  Roman legions had invaded the Jewish homeland decades earlier, and any Jew who would sell his services to enemy conquerors might expect to be ostracized by both friend and foe.  But Matthew tried not to care.  “A man has to make a living,” he might say.  Besides, he was rich.  Tax collectors often over-charged the public and so lived a very fine life.  They lived by their version of the golden rule—he who has the gold makes the rules.  Unfortunately, money doesn’t bring happiness.  It just buys you bigger toys.  The love of God alone brings true joy and acceptance, and Matthew would soon come to know that truth.

In the book that Matthew would later write about the life and death of Jesus, Matthew included a brief description of the day that would change his life—the day that Jesus showed him a supernatural acceptance.  On the road to Damascus just outside the town of Capernaum, there stood a tax office.  Matthew describes how the events unfolded, “As Jesus passed on from there, He saw a man named Matthew sitting at the tax office.  And He said to him, ‘Follow Me.’  So, he arose and followed Him” (Matthew 9:9).

Working at the tax office with people coming and going every day, Matthew would hear the latest news.  Certainly he had heard the stories about Jesus healing the sick and preaching about heaven.  He must have been following the news about Jesus very carefully, and when Jesus looked into Matthew’s lonely eyes that day, inviting him to join his ministry, Matthew didn’t hesitate.

Had they met before that day?  The Bible doesn’t say, but Jesus opened a door into Matthew’s heart that had been nailed shut by the daily barbs of those who had wrongly judged Matthew before ever getting to know him.

Have you been pushed aside by others?  Forced to sit on the sidelines?  Just as Rudolph found himself lighting the world at the head of his sleigh, God too chooses outcasts to light their world.  He chose Matthew.  He chooses you.