US Senate unanimous in 'unwavering commitment' to Israel 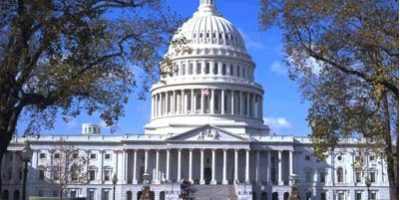 By Michal Shmulovich, Times of Israel—

The United States Senate sent a message of solidarity to Israel on Thursday by unanimously passing a resolution that expressed firm support for Israel’s right to protect its people from terrorism on the second day of Pillar of Defense.

Introduced by Senators Kirsten Gillibrand (D-NY) and Mark Kirk (R-IL), Senate Resolution 599 expressed ”vigorous support and unwavering commitment to the welfare, security, and survival of the State of Israel as a Jewish and democratic state with secure borders, and recognizing and strongly supporting its right to act in self-defense to protect its citizens against acts of terrorism.”

Also on Thursday, US Defense Secretary Leon Panetta talked to Minister of Defense Ehud Barak and told him Jerusalem has a right to defend its citizens. A US official confirmed the two leaders’ conversation to CNN. The spokesperson said they discussed Pillar of Defense and the “unacceptable attacks” used by Hamas and other groups in Gaza, and that Panetta reiterated the American position — that Israel has a right to protect itself.

On Wednesday, the State Department strongly condemned Hamas for launching rockets at Israel. “There is no justification for the violence that Hamas and other terrorist organizations are employing against the people of Israel,” the statement read. “We call on those responsible to stop these cowardly acts immediately.”

“Attacking Israel on a near daily basis does nothing to help Palestinians in Gaza or to move the Palestinian people any closer to achieving self determination,” the statement read.

Obama and Netanyahu agreed that Hamas needs to stop its attacks on Israel to allow tensions to ease, the White House said. The two leaders agreed to stay in close touch in the coming days. They agreed on the need to de-escalate the conflict as quickly as possible.

On Wednesday, Israel began the large military operation Pillar of Defense against targets in Gaza, following three days of heavy rocket fire on the south of Israel. The IDF said late Thursday it had carried out 340 strikes against targets in the Gaza Strip since launching the operation.

On Thursday, two missiles fell near Tel Aviv at around 7 p.m. The launchings mark an unprecedented escalation in the ongoing conflict with Gaza; it was the first time air-raid sirens rang out in the populous Gush Dan area since the Gulf War in 1991. Booms were heard in the south of the city and in Holon. In all, more than 300 rockets had been fired at Israel by Thursday night.

Joshua Davidovich contributed to this report.