Chapter 54–Difference between nature and grace 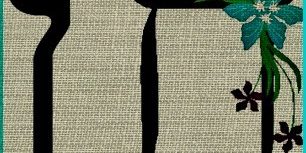 By PAT HUTCHENS, A rework of Imitation of Messiah by Thomas A. Kempis—

Greatly beloved children of mine, highly favored sons and daughters, I will now show you a great mystery.  Focus on it.  Learn from it. Pay close attention as I show you the difference between nature and grace, because it is very important – yet very subtle.  Nature and grace move in the same circles, but they are not at all alike.  Nature is….well, nature.  Nature rests on DNA, on inherent, inborn qualities.  Nature is what is, what is likely, what is apt to be.  Nature is what is prone, innate, inherent and inborn.

1. Basically, most people at least appear to seek after some good. People usually make at least a pretense toward good when they speak and act, especially when they are around strangers. Thus, under the appearance of good, many people are deceived. We, however, must not be deceived.

2. Nature is a tricky son of a gun, slowly wooing a person away from God. Nature ensnares and deceives, always has Self as the goal. Grace, however,walks in simplicity and turns from even the appearance of evil. Grace makes no false pretences but makes God’s glory the goal of everything.

3. Nature is loathed to die to self, to lose, to be overcome, pressed or even bothered.  Nature grieves at being subjected to anyone or anything. Nature despises stress, burdens, yokes or anything which impedes on personal freedom.  Grace is patient, always looking for a way to bless others. Grace even seeks to learn how to die to self. Grace fervently resists sensuality and does everything possible to keep from causing others to stumble. Grace yields to discipline and does not seek to dominate others. Grace understands what it means to live and remain under God and for God’s sake. Grace is always ready to humbly subject self to the greater good.

4. Nature works overtime for her own advantage, always thinking about how to personally profit from people. Grace does not focus on self but chooses to remember those around her in need.

6. Nature fears confusion and contempt. Grace learns how to rejoice in all circumstances.

7. Nature is a couch potato, loves ease, rest, and relaxation.  Grace is not prone to idleness, but willingly embraces labor.  Grace knows how to work with a good attitude.

8. Nature loves lots of things. Nature wants unique, curious and attractive things, especially things that others don’t have.  Nature is inwardly repelled from things considered poor, cheap, rough or common.  Grace is actually drawn to a simple, humble life.  Grace does not despise common things and is not above using hand-me-down or second-hand things.

9. Nature thinks highly of temporal things and especially finds pleasure in money.  Nature is very sad over loss and becomes upset and anxious over any little word spoken against her.

10. Grace reaches up toward things eternal. Grace is not embittered by what people say against her – all her hopes and treasures are in heaven, safely stored where neither moth or rust corrodes.

11. Nature covets what others have, takes more than it gives, glories in unique things that only she has; Grace is content with what she has, knows it is more blessed to give than to receive, is generous, kind, runs from selfishness and self promotion and rather seeks only God’s glory.

12. Nature is prone toward created things, the flesh, important and wealthy friends, is not concerned about excesses, about wasting time or resources; Grace turns from the creation to the Creator, flees from the world, hates fleshly indulgence, is not eager for public honor, but draws near to God and His Word.

13.  Nature runs to the world for comfort, loves sensual delights, indulges self when discouraged; Grace seeks comfort from God alone, delights in good and eternal things, and is energized by God alone.

14.  Nature does everything for personal gain and profit, does nothing for free but hopes to get back something – something better or at least some praise and personal profit for her benefits and works; Grace seeks nothing temporal, does not seek anything back for gifts given, does not complain and long for more than the basic needs of life and looks to God alone for reward.

15.  Nature drops names about friends and family connections, boasts of noble lineage and birth, smiles on the powerful, flatters the rich and famous, flirts with the world, applauds those who are like herself, is concerned with “me, myself, and mine;” Grace loves even her enemies and prays for them, is not prideful about her position, about who she knows, does not brag, is drawn to the poor and needy, has sympathy for the innocent, loves to see truth triumph, encourages others.

16.  Natures complains all the time about not having quite enough, about all her troubles and trials; Grace bears difficulty well and in hard times remains steady and patient, faithful to God & His Word.

17.  Nature sees everything in relation to self, argues, wants always to be “right;” Graces takes all things to God knowing they came from Him in the first place, does not pat herself on the back for being good, is not arrogant, presumptuous or contentious, does not think she is better than anyone else.

18.  Nature loves to find out secrets but can’t keep them, loves to hear gossip and new things, loves to be seen and admired in public, grabs onto what can be seen, heard, tasted and touched; Grace is not drawn toward new and curious things, turns from anything that smacks of a corrupt nature, knows there is nothing new under the sun. Grace encourages others to restrain sensual appetites, to shun complacency or bragging, and seeks to make every opportunity to bring glory to God. Grace does not seek personal praise but wants God to be praised in all things.

19.  Nature cleverly hides motivations to appear to be something else; Grace eagerly walks in the Light to learn how to better serve her Lord. Grace is a gift from God, supernatural, not a result of self effort. It cannot be bought. Grace is the visible mark of the Elect, the pledge of eternal Salvation. This Grace lifts you up from the world to heavenly things. It makes the most carnal man spiritual. It can wash the darkest heart clean. Grace is greater than all our sins. It is renewed daily and is born from the very image of God. The Hebrew word for GRACE is chen (

), taken to the ultimate, expanded without limit. It means to show favor, be gracious, reach toward, to set up camp with.  We used to be dead in sins, dead to God – but praise His Name, God graciously reached down and showed us favor. Grace is given to us freely because of the death and resurrection of His Anointed One (Messiah), our Lord – Yeshua (Ephesians 2:5). We found favor (grace) in His eyes. We were freely justified (made right with God) by His Grace (Titus 3:7, Rom. 3:24). We grow by Grace (2 Peter 3:18). We live by Grace.  Great Grace!  Marvelous Grace!

Battle of the Messiah’s: Iran Hastening Process of Mahdi’s Arrival with Horrific Chaos Around the World
September 3, 2015