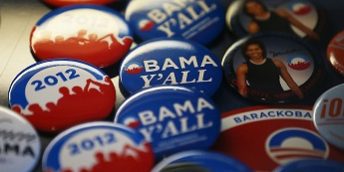 Throughout his presidency, Barack Obama and his supporters have been dogged by criticism of his position on Israel. From the very outset of his tenure in office, critics and supporters alike have not been able to shake the sense that Obama is deeply hostile to the Jewish state.

As the list notes, Obama has given billions of dollars in military assistance to Israel. He has gotten stiff sanctions passed against Iran by the UN Security Council. He has agreed to sell F-35 Joint Strike Fighters to Israel. During his presidency, they say, the US has expanded its intelligence and military coordination with Israel. Obama has opposed some anti-Israel resolutions at the UN.

Obama’s critics respond to Obama’s list with a series of points. They note that in approving increases in US military assistance to Israel, including for the Iron Dome rocket defense system, Obama is simply carrying out a pledge made by his predecessor George W. Bush. They note that the UN Security Council sanctions have had no impact on Iran’s nuclear weapons program.

So, too, Obama opposed even stronger sanctions against Iran passed with the overwhelming support of both houses of Congress.

He had to be forced, kicking and screaming, to sign those sanctions into law. And since he signed the sanctions law, he has used his presidential power to water them down.

Obama’s critics mention that due to his insistence on appeasing Iran, last week Iran enjoyed its greatest diplomatic triumph since the 1979 Iranian revolution. More than a hundred nations sent representatives to Tehran to participate in the 16th Non-Aligned Movement Summit. And in the presence of UN Secretary-General Ban Kimoon, those nations expressed support for Iran’s nuclear program.

And while it is true that Obama has blocked two anti-Israel initiatives at the UN, he has been more supportive of the inherently anti-American and anti-Israel UN system than any of his recent predecessors.

As for Israeli-US intelligence cooperation, under Obama for the first time, the US has systematically leaked Israel’s most closely guarded secrets to the media.

But still, as Obama and his supporters will say, facts are facts and they have a list. And because the list is true – as far as it goes – they can argue that Obama is supportive of Israel.

Given its superficially compelling argument, it is remarkable that Obama’s list has failed to end the debate about his position on Israel. Today Americans have no interest in foreign policy.

They don’t want to hear that Obama’s surge-and- leave strategy in Afghanistan is fomenting a US defeat in that war and setting the conditions for the reinstitution of the Taliban government.

They don’t want to hear about how Russia and China view the US with contempt and challenge its economic and strategic interests every day.

They don’t want to hear how Obama played a key role in overthrowing the US’s key ally in the Arab world, Hosni Mubarak in Egypt. They don’t want to consider the implications of the fact that the US is now bankrolling the Muslim Brotherhood’s transformation of Egypt into an anti- American, radical Islamic regime.

And yet, in the face of this absence of interest in the world outside their borders, Americans remain interested in the question of whether or not Obama is supportive of Israel.

There are two reasons for Americans’ enduring interest and concern about Israel. And they were both revealed this week at the Democratic National Convention when the story broke about how this year’s Democratic platform differs from its 2008 platform. First it was reported that the platform contained no mention of God.

Then it was reported that unlike the 2008 platform, this year’s Democratic Party platform made no mention of Jerusalem as Israel’s capital.

This year’s platform watered down the language on Israel in other significant ways as well.

It did not refer to Israel as the US’s “strongest ally” in the Middle East. It did not call for the continued eschewal of the Hamas terror group by the international community. It did not mention US opposition to the Palestinian demand for the so-called “right of return” – through which Israel would be destroyed by an influx of millions of foreign Arabs in the framework of a peace treaty between Israel and the Palestinians. But whereas these other deletions were generally ignored, the platform’s silence on Jerusalem generated a maelstrom of criticism that exceeded even its deletion of God.

Significantly, rather than treat the deletions of God and Jerusalem as separate issues, the media and the Democrats themselves presented them as two sides of the same coin. When on Wednesday the party’s leadership decided to restore the language of the 2008 platform on God and Jerusalem – but not on Hamas, the so-called “right of return,” and Israel’s strategic significance to the US – they opted to do so in the same amendment.

Prof. Walter Russell Mead described Israel’s place in the American mindset last year. As he put it, “Israel matters in American politics like almost no other country on earth. Well beyond the American Jewish and the Protestant fundamentalist communities, the people and the story of Israel stir some of the deepest and most mysterious reaches of the American soul. The idea of Jewish and Israeli exceptionalism is profoundly tied to the idea of American exceptionalism. The belief that God favors and protects Israel is connected to the idea that God favors and protects America.”

By removing both God and Jerusalem from the platform, Obama and his fellow Democrats stirred the furies of that American soul at its foundations.

The intellectually confusing decision to lump Jerusalem and God together in the same amendment no doubt owed to the fact that someone in the party recognized how disastrous the deletions were for their ability to convince wavering voters that the Democratic Party has their back.

Much to his obvious shock, the amendment did not receive the requisite support. Calls supporting the amendment were met by at least equally strong calls opposing it. Villaraigosa was forced to call the vote three times before declaring – contrary to the evidence – that the amendment had passed.

More than anything else, the floor vote showed how out of step a large and significant constituency in the Democratic Party is with the basic character of their country. The spectacle should raise concerns among all supporters of Israel who believe Obama’s pro-Israel list is proof they have a safe home today in the Democratic Party.

Jerusalem’s conflation with God in the American imagination is not the only reason so many people attacked the platform’s watered-down language on US-Israel ties. The second reason for the uproar explains why the issue of Obama’s support for Israel is the only foreign policy question that has dogged his administration since he took office. It explains why American support for Israel is a more salient issue for Americans than Iraq or Afghanistan, Britain, Turkey or Russia.

Here, too, Israel’s symbolic importance in the American imagination is central for understanding the matter. Beyond its religious significance, there is a widespread perception that Israel is on the front line of the war against America. As a consequence, Israel is the only foreign policy issue that telegraphs messages about the nature of America’s foreign policy to an otherwise disengaged and largely indifferent American public.

In an apparent effort to end this state of affairs, Obama has adopted a policy towards Iran – whose nuclear program represents the greatest rising threat to US national security – that frames the issue as Israel’s problem.

Obama’s list of pro-Israel actions is essential to his ability to achieve this specific goal, and through its achievement to convince Americans of the overall success of his foreign policy. The list is essential because it transforms Israel in the public mind from a strategic ally into a strategic basket case in need of America’s constant assistance.

In line with this, it is telling that the amendment of the Democratic platform did not return the 2008 platform’s characterization of Israel as America’s “strongest ally” in the Middle East.

But as the outcry the platform changes provoked demonstrated, Obama has failed to achieve this goal. And this is wonderful news.

But as long as he has supporters willing to publish op-eds and give interviews devoted to repeating the list, Obama will continue to make the case that he can be trusted on foreign policy despite his abandonment of God, Jerusalem and America’s most vital interests.