Countdowns in Tehran and Jerusalem 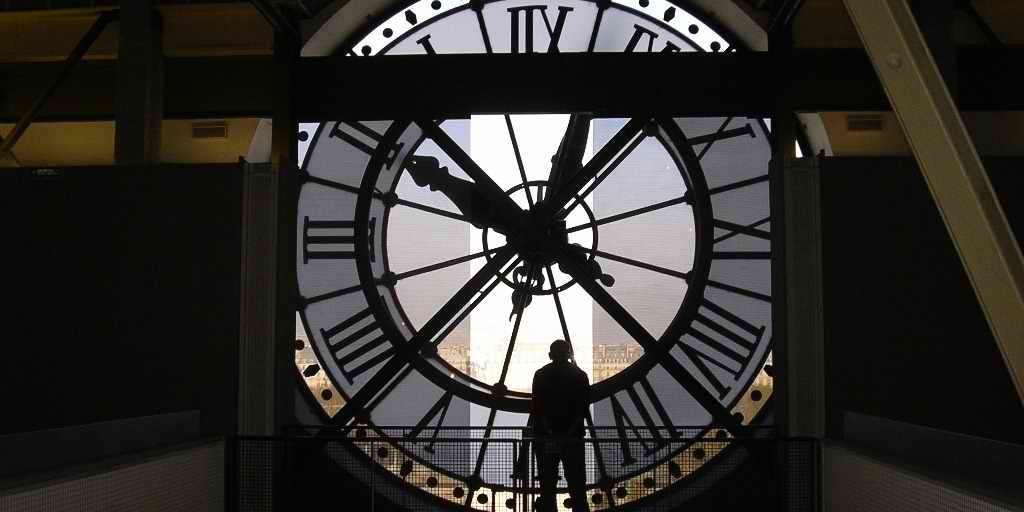 If Israel jets show up in Iranian airspace, it will most likely happen while Obama is too busy  accusing Mitt Romney of secretly storing all his money in a giant cave in the Rocky Mountains to do more than dispatch a flunky to chew out Netanyahu over the phone. The election is the perfect window for a strike on Iran’s nuclear program, because Team Obama will be too tied down on the Romney Front to do much damage to Israel.

Just like during the Gulf War, regional stability demands that the United States protect Saudi Arabia and the Gulfies, while keeping Israel out of it. Since Iran’s Revolutionary Guard isn’t camped out in Kuwait City, protecting them is a matter of posture. That posture is there as a deterrent, a warning that Iran had better not interfere with our oil suppliers or there will be hellfire missiles to pay.

The posturing is hollow because everyone knows that Obama is not about to bomb Iran on behalf of Saudi Arabia and its colony in Bahrain. He is as likely to do it for Israel as he is to move to South Carolina and join the NRA. But he isn’t alone in that regard. Despite the fevered fantasies of everyone from Noam Chomsky to Ron Paul, no American president would ever bomb Iran for Israel. If a third Gulf War is fought, it will be fought for Saudi Arabia and Kuwait, one more time.

The last time the United States fought Iran, in 1988, it was to protect Kuwaiti oil tankers. If Iran interferes with oil tankers from our friendly Gulfie terrorist states, then a future administration is likely to bomb Iran. If oil prices go high enough to potentially cost Obama the election, then he might pry away his foreign policy people from drawing up maps of Syrian targets and actually hit some Iranian naval installations.

None of this has anything to do with Iran’s nuclear program… and that’s the point. George W. Bush did appear to think that Iranian nuclear weapons might be bad news for the United States, not just for the balance of power in the region. He was nearly unique in that regard. The diplomatic and military establishment is full of experts who view Iranian nuclear weapons purely as factors in the balance of power and utterly refuse to look at them from any other angle. To them, Israel isn’t really concerned about a nuclear attack, it’s only playing a regional power game along with everyone else.

For Israel, violence is not a posture or a theory. It has few trading connections and no alliances in the region. Its foreign policy has always been about dissipating physical threats to its people, whether through diplomatic or military means. It does not follow this line because it is a saintly state, but because it is a state always on the edge. It has too little territory and too many enemies around it to follow any other path.

Surrounded by countries for whom destroying it is a matter of national pride and religious fervor, its only real deterrent is military. Winning several wars won it enough breathing room to try diplomatic solutions. And now the first and last of those diplomatic solutions has failed. It can still count on the military as a deterrent, but there is no deterrent against a nuclear attack carried out by terrorists under plausible deniability. The only remaining deterrent after a nuclear attack is killing as many of those responsible as possible before succumbing to radiation poisoning.

To the United States, Iranian nukes and an Israeli attack on them are equally unacceptable because they both disturb regional stability. The opponents of an attack insist on calling it a “War”, not that a war is even structurally possible unless Iran decides to march an army through Iraq and Syria to get to Israel. They spread hysterical bulletins warning that an Israeli strike on Iran’s nuclear program could spark “another” recession.

Their message is that the cost of attacking Iran is less than the cost of allowing it to go nuclear. That may be true for the United States, which did not suffer too much from accepting that the Bolsheviks had taken over Russia, that Mao had taken over China and other once unacceptable phenomena that forced it the up its defense spending, but did not do any lasting damage. A nuclear weapon in the hands of people who believe that the world needs to be cleansed by fire for the arrival of the Mahdi and have dozens of terrorist front groups at their disposal may be a different story. Or it may not.

Washington D.C. did not get overrun by Communist forces. Poland, Hungary, Czechoslovakia, Tibet and a few hundred million other people who did not have oceans to protect them from the reasonable commissars in Moscow and Beijing, did. And that is why Israel’s interests fundamentally diverge from those of the United States. Israel is not playing a grand game from across the ocean; it is trying to survive in a region that is as hostile to it, as Asia and Eastern Europe became to non-Communist countries.

That is why, no matter what speeches politicians deliver, the actual interests of the United States and Israel are only loosely aligned. The United States is trying to protect the tattered fabric of regional stability from Iran and Israel. Israel is trying to protect itself from Iran. The United States needs Israel to promote regional stability by going back to the table and negotiating with the terrorist front groups backed by Saudi Arabia and the Gulfies. Israel needs to protect itself while Obama is too busy telling senior citizens that Paul Ryan will cook them in a frying pan to pay attention to what it’s doing.

Prime Minister Netanyahu has been cobbling together a national unity government, which in Israeli terms means that he is either running for sainthood or trying to get as much of the political system behind him in a critical time. It could all be a monumental bluff, a way to panic Obama into taking action out of fear that Israel will act instead. But that would make Netanyahu a very stupid man, and while he is not all that Americans think he is, neither is he likely to be playing such a silly game.

Everyone in the region understands the nature of the countdown. Most of the Sunni Gulfies also privately welcome Israel doing something about Iran’s nuclear weapons, even as they redouble their efforts against the Jewish State to avoid allowing their Shiite enemies to benefit ideologically from a confrontation with the Zionist Entity. The rhetoric out of Iran now echoes the rhetoric out of Egypt in the 1960’s. That buildup eventually ended in a preemptive Israeli strike that destroyed Egypt’s air force.

It has become fashionable among Western elites to view aggression as either a posture or madness. They have forgotten that sometimes violence isn’t a move on an international chessboard or a prelude to a set of political steps. Sometimes it’s as simple as one side wanting to kill the other and the other side not wanting to be killed.

In the Middle East ideas that are considered aberrant insanity in the West are commonplace. Killing people is no great big thing. Most regimes do it from time to time to stay in power. Iran dispatched its Islamic militias to kill its own best and brightest in the streets of its capital. Virginity is believed to act as an instant pass to heaven for a woman, so teenage girls sentenced to death must first be forcibly married to their jailers and raped, before being hung.

The very idea that people think this way is incomprehensible in Washington D.C. But the simple question that Israel has to answer is, if this is what the Ayatollahs do to their own daughters, what would they do to those they consider the spawn of pigs and apes?

Israel already knows the answer to that. When Muslim mobs got their hands on Israeli Jews, before or after independence, they tore them to pieces and then sold snapshots of the remains. The policy of targeting all Jews, men, women and children, is not just something that terrorists do because they have no choice, it is the ideological position of Islamist leaders like Yusuf Al-Qaradawi in Egypt or Rashid Al-Ghannushi in Tunisia, and the policy of the Arab countries fighting Israel.

That sense of a nation’s survival and the life of a people hinging on a single course of action has become an alien one in an insulated world. It is not a thing that Washington D.C or Brussels can take seriously. It is not even a thing that all Israelis take seriously anymore. But those who hear the clock ticking know what is coming. They know the hard choices that will come in the months ahead. And they will make those choices as they made them before, because they will choose to survive.