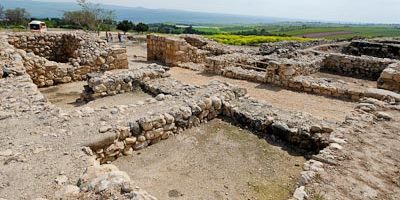 Israeli archeologists digging at the site of an ancient Canaanite capital in the Galilee region believe they have found further evidence that the biblical account of Israel’s presence in the land is accurate.

Tel Hazor is one of the most prominent archeological sites in the country today, and with good reason. The ancient city of Hazor was for nearly one thousand years the largest fortified city in Canaan prior to the arrival of the Children of Israel in roughly 1300 BC.

Israeli researchers have managed to uncover a great deal of ancient Hazor, and in recent years unearthed what they believe to be the royal palace from the time of the Israelite conquest. More recently, archeologists discovered a room in that palace that contained 14 clay jugs filled with burnt wheat.

Dating on the jugs put the time of their destruction right around 1300 BC, and the fact that the wheat was burned lines up perfectly with the biblical account of Joshua’s conquest of Hazor, the only Canaanite city that the Israelites destroyed by fire.

Not all archeologists agree with this assessment, and some continue to insist that Hazor was destroyed by the Egyptians or various sea-faring tribes like the Philistines. However, the Egyptians kept detailed records of the cities they conquered, and Hazor does not appear on any of their lists. Nor did the Philistines and other “Sea Peoples” typically venture too far inland, and Hazor is situated in mountainous terrain a long distance from the coast.

As such, most archeologists have come to accept that Hazor was destroyed by the Israelites, lending a great deal of legitimacy to the biblical record. And new discoveries only seem to be further bolstering that position.