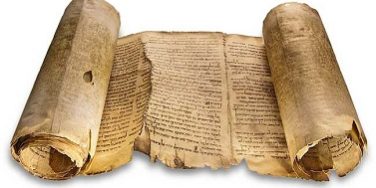 With all eyes on the upcoming U.S. elections, few are paying attention to an astounding fulfillment of biblical prophecy that is beginning to unfold right in front of us all. With all of the changes taking place in the Middle East and particularly Egypt, many Egyptian Christians are paying very close attention to the prophecies of Daniel 11 and Isaiah 19.

News reports out of Egypt show that despite the Islamist Muslim Brotherhood’s victory in the presidential elections, there is a dark storm brewing that portends a conflict between the old guard military (Supreme Council of the Armed Forces: SCAF) and the Brotherhood and her supporters.

Just before the elections, SCAF dissolved the Islamist-dominated parliament, claiming that roughly one-third of Egypt’s MPs had been illegally elected, effectively hamstringing the Brotherhood even before they came to power.

But newly elected Islamist President Muhammad Mursi has struck back by issuing a decree overruling the military’s decision. On Monday, MP supporters of Mursi violated a court-ordered decision to uphold the SCAF’s decision and entered parliament.

SCAF immediately convened an emergency meeting to consider its response, and the Supreme Constitutional Court announced that its rulings are final and binding.

The conflict has also lit up the Egyptian social media sites, with politicians and commoners alike lashing out at one another.

In the midst of what looks as though it may become a long-term national conflict, many Egyptian Christians are considering the relevance of a prophecy found in Isaiah 19 concerning the state of Egypt in the last days just before the return of the Messiah. This passage, unlike any other in the Bible, describes in great detail the future sufferings and glories of Egypt in the unfolding of the Lord’s future prophetic calendar.

In the years, and perhaps even months ahead, according to Isaiah’s prophecy, Egypt will experience civil war-like conditions:

“I will stir up Egyptian against Egyptian – brother will fight against brother, neighbor against neighbor, city against city, kingdom against kingdom. The Egyptians will lose heart, and I will bring their plans to nothing.” (Isaiah 19:2-3)

This prophecy is also seen to flow together with Daniel 11, where the prophet follows the transition from the historical Medo-Persian Empire (11:2) to the Alexandrian Greek Empire (11:3), to the death of Alexander in 323 B.C. and the division of his empire among his generals (11:4). The prophecy then goes on to detail the intrigue, conflicts and battles that took place throughout Alexander’s former dominion for roughly the next 150 years (11:5-34). In a broad overview of this period of Greek history in the Middle East, a large portion of Daniel’s prophecy is focused upon the historical conflict between the infamous Antiochus IV Epiphanes (the eighth king of the Seleucid Kingdom in the north) and King Ptolemy VI who ruled over Egypt in the south.

The Seleucid Kingdom in the north included the region of modern-day Turkey, Lebanon, Syria, Iraq, Iran and even Afghanistan and Pakistan. The Ptolemaic Kingdom ruled Egypt and portions of modern-day Libya and Sudan.

All scholars also agree that Antiochus IV Epiphanes is perhaps the most significant type of the Antichrist in the whole Bible.

And so, in the later portion of Daniel’s prophecy, the historical events and wars that took place between Antiochus IV in the north and Ptolemy VI in the south, bleed into a powerful end-time prophecy concerning the Antichrist from the region of Turkey, Syria and Iraq (the King of the North) and Egypt (the King of the South).

Some teachers have argued that the King of the North is not a reference to the Antichrist, but his enemy. This view, however, make little sense and is fraught with contradictions, as it turns the flow of the entire chapter on its head, casting Antiochus IV as both a type of the Antichrist and also a type of the Antichrist’s greatest enemy. As such, most responsible interpreters throughout church history have understood the last days’ king of the north to be a reference to the Antichrist. This view was held by the early church theologians such as Hippolytus, Lactantius, Jerome and Theodoret of Cyr as well as many renowned modern commentators such as C.F. Keil, S.P. Tregelles, Clarence Larkin, Gleason L. Archer Jr., G.H. Lang, F.F. Bruce, Arthur Pink, Edward J. Young and Stephen M. Miller.

In my new book, “Mideast Beast: The Scriptural Case for an Islamic Antichrist,” I examine this often-forgotten prophecy in careful detail and discuss how it sheds profound light on events to soon come in the Middle East.

Next, Daniel’s prophecy informs us that Egypt will first engage the Antichrist’s northern coalition, resulting in a fierce reprisal and the complete subjugation of Egypt:

At the time of the end the king of the South will engage him in battle, and the king of the North will storm out against him with chariots and cavalry and a great fleet of ships. … He will extend his power over many countries; Egypt will not escape. (Daniel 11:40, 42)

We are also told that both Libya and North Sudan will willingly submit to the Turkish-led Antichrist’s forces:

He will gain control of the treasures of gold and silver and all the riches of Egypt, with the Libyans and Nubians in submission. (Daniel 11:43)

Finally, in the midst of many ongoing regional skirmishes and wars, the Antichrist will establish the headquarters of his regional authority, or “caliphate,” in Jerusalem:

But reports from the east and the north will alarm him, and he will set out in a great rage to destroy and annihilate many. He will pitch his royal tents between the seas at the beautiful holy mountain. Yet he will come to his end, and no one will help him. (Daniel 11:44-45)

Like Daniel, Isaiah also described the coming subjugation of Egypt by the Antichrist:

“I will hand the Egyptians over to the power of a cruel master, and a fierce king will rule over them,” declares the Lord, the LORD Almighty. (Isaiah 19:4)

But despite the sobering and grave warnings of what is coming to Egypt, Isaiah also prophesied concerning a powerful spiritual awakening and prayer movement with many Egyptians turning to the Lord:

As Isaiah’s stunning prophecy concludes, both Egypt and Assyria are seen to be greatly blessed alongside His people Israel in the Messianic Kingdom:

The LORD Almighty will bless them, saying, “Blessed be Egypt my people, Assyria my handiwork, and Israel my inheritance.” (Isaiah 19:25)

In the days to come, Egypt will be profoundly sifted. But out of the sifting will emerge a strong people fully committed to Jesus. Understanding these things now, the Church must remember our Egyptian brothers and sisters in prayer. Come, Lord Jesus, to Egypt!

Joel Richardson shook up the world of Bible prophecy with his best-selling book, “The Islamic Antichrist.”

Journeying back to where it all started: Revisiting the Egyptian Exodus
April 13, 2022
Lapid talks Gaza hostages with Egyptian FM
July 11, 2021
Is Egypt planning to retake control of the Gaza Strip?
June 11, 2021
The Rapture in The Old Testament
June 2, 2021
Egypt proposes ceasefire beginning Thursday morning
May 19, 2021
The Mystery of Babylon
May 3, 2021